It was not so good quarter for us due to the strike at the Odisha plant. But, we were able to meet our production targets despite the strike, which had an effect on production. Our operating profit (YoY) went up by almost 50 per cent and the net profit has been able to double itself. 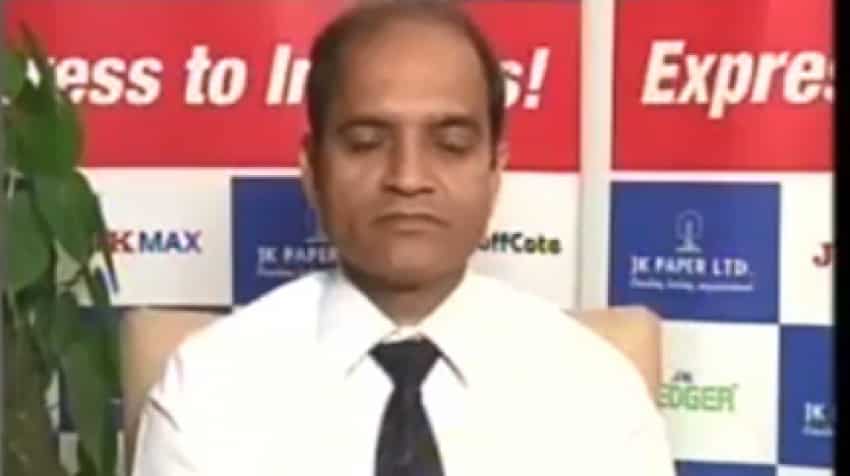 We increased our prices by 2-2.5% in October and hope that it is going till the end of Q4 of the financial year: AS Mehta, JK Paper.
Written By: ZeeBiz WebTeam
RELATED NEWS

AS Mehta, President and Director, JK Paper, talks about the anti-dumping duty on uncoated papers, key drivers of the growth in Q2FY19 and debt among others in an interview with Swati Khandelwal, Zee Business. Edited Excerpts:

I will start with the anti-dumping duty and there are reports that the government may slap anti-dumping duty on certain kinds of uncoated papers. What is your view on the subject and also let us know about the kind of impact that dumping has had on your company?
See, JK paper was a party to this anti-dumping petition. The petition was filed against the Indonesian and Thailand companies who were dumping and selling these papers at 10-15 per cent lower prices in India. In fact, they were selling at prices, which were low then the prices at which these papers were being sold in their own country.

They correction their prices after the petition was heard in the court. In addition, the safeguard directorate has recommended the government to slap anti-dumping duty on these papers. In its recommendation, the directorate has asked the government to slap the duty on the product if they are imported at the prices below $855 and the duty should be equivalent to the differential.

Thus, this is a good update for the paper company but such a duty will not have any impact on the paper industry as the paper prices are too high at present but they will not be able to sell their papers are cheap rates in future.

JK paper has posted good results despite lower production at your plant. What were the growth drivers and what is the headline of this growth?
It was not so good quarter for us due to the strike at the Odisha plant. But, we were able to meet our production targets despite the strike, which had an effect on production. Our operating profit (YoY) went up by almost 50 per cent and the net profit has been able to double itself. The growth was factored by certain things like the improvement of paper prices in the global market. This improvement helped us in improving our cost. Secondly, being an integrated player with their own pulp, we were able to reduce our production cost. Thus, cost reduction and high prices helped us to increase our operating margins in the quarter.

What is your estimate for paper prices in next quarter?
We increased our prices by 2-2.5% in October and hope that it is going till the end of Q4 of the financial year. Raw material cost is going to be stable at the level and their will an improvement in our operating efficiency in future. In addition, it is going to be a fair quarter of production and except the Q4, when we shut our plan for 8-10 days for maintenance of the plant. This closure is a routine exercise.

Is Sirpur Paper Mills, which was acquired by JK Papers in recent past, is contributing to your revenues?
Sirpur was taken over on August 2, 2018, after the NCLT order. Currently, we are involved in repairing the machinery of the plant and it is moving as per the schedule. We have a target to start paper production in the plant in Q4FY19 and hope that the next fiscal year (FY2019-20) is going to be the full year of production for us.
Let’s talk about the Rayagada, Gujarat project. Is there any update on it like environmental clearance?
The government in September has provided the term of reference for the project

We received the term of reference in September from the government and an environmental impact assessment exercise is going on in the area, which goes for three months so we hope that the exercise will be completed by December and then we will be provided with the clearance. In addition, our work for finalization of machinery, technology and suppliers is going as per the schedule.
I would like to know about the Forex benefits that happened due to the depreciation of Rupee?
We are getting better NSR due to depreciation and an upward trend in prices of paper due to export. We are getting NSR to benefit of around Rs 1 crore per month. The domestic market is strong at present and that’s why we are trying to have control on export as I don’t want that our customers should suffer due to the lack of volume in the market.

What is the debt situation of JK paper?
We are repaying our debt and our net debt is going down. I think that we will be able to reduce it - in terms of the term loan and working capital – to Rs750-800 crore from Rs 1100 crore of last fiscal year.