The Union Communications Minister Manoj Sinha on Thursday announced that the Indian telecom industry will roll out one million WiFi hotspots in the country by December next year. 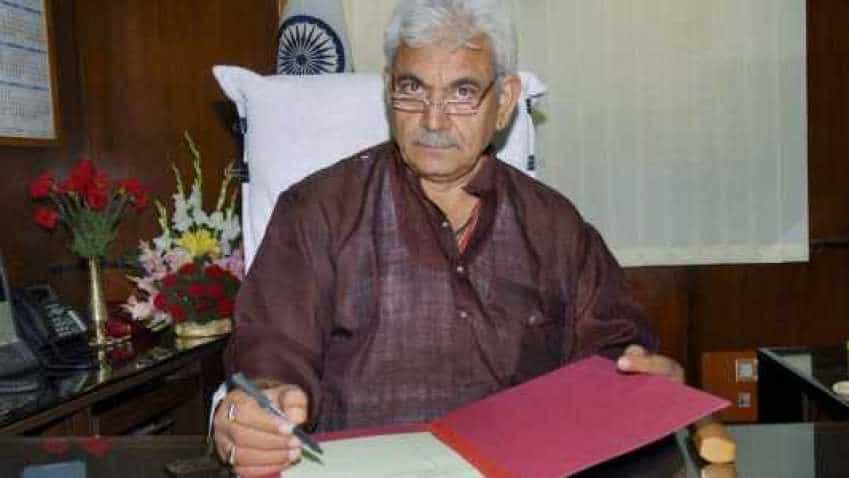 New Delhi: The Union Communications Minister Manoj Sinha on Thursday announced that the Indian telecom industry will roll out one million WiFi hotspots in the country by December next year.

"Bharat Wi-Fi, a country-wide common inter-operable platform of one million Wi-Fi Hotspots, owned and operated by telecom service providers, internet service providers and virtual network operators will be rolled out across the country," an official statement said.

The initiative announced at the inaugural session of the India Mobile Congress (IMC) 2018, would allow consumers to access Wi-Fi hotspots of any of the partnering operators, it added.

The Department of Telecom (DoT) also released the the National Frequency Allocation Plan 2018 (NFAP) presenting a roadmap for the Indian digital communications industry.

"The NFAP released a quantum of 605 MHz (megahertz) licence-exempt spectrum in 5GHz (gigahertz) band for Wireless Access Services and Radio Local Area Networks in outdoor, to meet the ever-growing appetite for data (from a current figure of 50 MHz since 2007)," as per the statement.

The inaugural session of the second edition of IMC witnessed another major policy announcement as the DoT decided to deduct payments for resources taken by Virtual Network Operators (VNOs) from telecom service providers, thereby reducing levies payable by VNOs. This move is likely to avoid double taxation at various stages.

"A concrete plan is in making by the DoT to enable homegrown technologies for trials in the field on a large scale to enable the development and the scaling up of the products and services," the Communications Ministry statement said.