Rising bad debts and real estate project failures have made banks cautious on lending to developers, leading to a slump in a property market that relies heavily on borrowing for both home-building and buying. 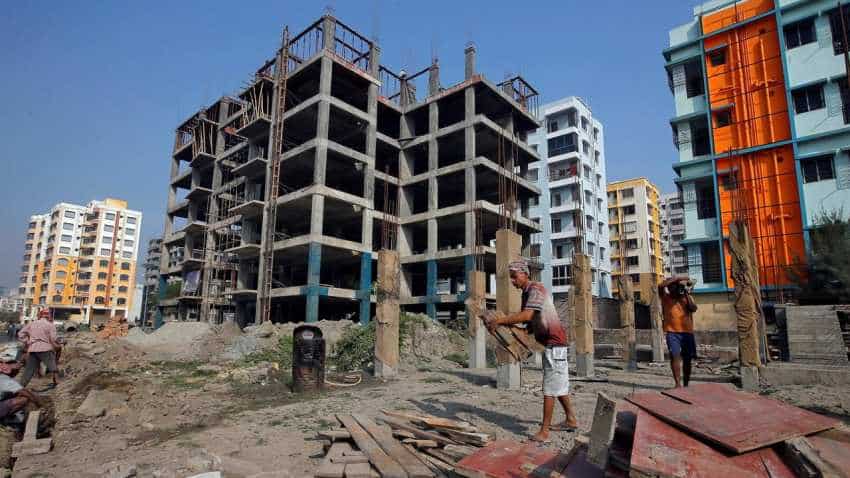 "A lot of fencesitters will jump in and take the benefit and the affordable housing inventory would likely fly off the shelf over the next 12 months," he added. Reuters

A tax cut by India to help the country`s troubled housing sector should boost home sales, but by itself will not be enough to put cash-short developers on more solid ground, say industry executives. On Sunday, a government body said the sales-tax on under-construction residential houses in April will drop to 5 percent from 12 percent, while that on lower-priced projects classified as "affordable housing" will be cut to 1 percent from 8 percent.

The measure is one of a series by Prime Minister Narendra Modi`s government to try to stimulate consumption as he and his Bharatiya Janata Party face nationwide elections by May. Finance Minister Arun Jaitley said the real-estate tax change "will give a boost to housing for all".

But industry executives are sceptical their positions - and those of many would-be buyers - will improve much, especially if there`s no easing of a funding crunch. "The GST rate cut will provide respite to the overall real estate market, however, this will be a momentary infusion of notional positive sentiment," said Om Ahuja, chief operating officer for residential business at developer K. Raheja Corp.

Rising bad debts and real estate project failures have made banks cautious on lending to developers, leading to a slump in a property market that relies heavily on borrowing for both home-building and buying.

Two of Modi`s main economic reforms - demonetization and the roll-out of the nationwide GST - have stung the real estate sector, a major contributor to economic growth and a large employer. Ahuja does expect sales of lower-cost units to rise after the tax changes.

"A lot of fencesitters will jump in and take the benefit and the affordable housing inventory would likely fly off the shelf over the next 12 months," he added.

HUGE INVENTORY
But there is currently an average of roughly two years` worth of unsold inventory in India, of which affordable housing accounts for about 50-60 percent, he said.  Anuj Puri, chairman of Anarock Property Consultants, also underlines the size of sector issues.

"A massive number of under-construction housing projects are heavily delayed or chronically stuck and the basic cost of homes is still far too high for the largest segment of the population," he said.  And while the coming sales tax cut should be a boon, it may be undercut by a government decision to end input tax credits (ITCs), which hits developers. Such credits allowed them to reduce their tax burdens at the time of sale by claiming benefits on taxes paid for purchasing construction materials.

"Though sales may see a marginal uptick, with overall transaction values dipping, developer margins are unlikely to see any improvement as construction costs would rise because of the withdrawal of ITCs," analytics firm CRISIL said in a note on Monday.

Some developers might look to pass losses from the elimination of ITCs onto buyers by increasing the agreement value proportionately, said industry insiders, negating some of the sales-tax savings. Also keeping up costs is how GST on cement remains 28 percent.

For sales to sustainably pick up, the government needs to improve the supply and the cost of liquidity for housing finance companies that many need to borrow from, said Manish Jaiswal, CEO of Magma Housing Finance.

"The fuller benefit of GST tax cuts will accrue on the ground only when an interested home buyer has decent low-cost financing options from HFCs," Jaiswal added.

Big push for 'housing for all': Govt asks banks to cut paperwork for home loans