Tata Motors share price may rally 32 per cent to Rs 540 from the current levels. The stock has a buy rating from BOBCAPS Research and Systematix Institutional Equities. 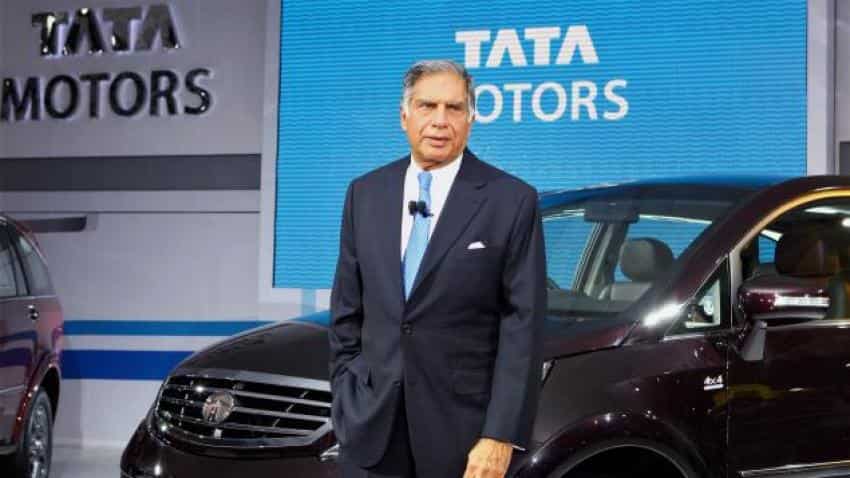 Tata Motors share price continued trading higher for the fourth straight session, extending its 3.6 per cent surge of the previous session as Jaguar Land Rover (JLR) reported 83 per cent rise in FY18 sales and lined up 10 new products for the new fiscal. The stock rose as much as 3.2 per cent to Rs 367.20 on the BSE in today's trade.

Brokerage Systematix Institutional Equities has a buy rating on the Tata Motors stock with a target price of Rs 519, over 29 per cent upside from the current levels. "Tata Motors ended the fiscal year 2018 on a strong note, with impressive all-round growth in March. Its total volumes rose by 34 per cent yoy to 75,883 units. Domestic sales edged up 35 per cent yoy in March. CV segment volumes were up 37 per cent yoy, buoyed by a 77 per cent growth in LCV segment," it said.

BOBCAPS Research maintained its 'buy' rating on the stock with a target price of Rs 540, an upside of over 32 per cent from the current levels.

However, IDFC Securities sounded cautious on Tata Motors and maintained its 'neutral' rating.

"We maintain our Neutral rating on Tata Motors, largely due to the company’s negative product mix and slowing volume growth in Jaguar Land Rover. Further, TTMT seems to be losing market share in the domestic business, particularly in the CV space," it said in its auto sales review report.

Tata Motors-owned Jaguar Land Rover had on Tuesday said it plans to bring 10 new products in India in 2018-19, riding high on 83 per cent jump in sales during last fiscal year.

The company’s new products such as the fifth-generation all-new Land Rover Discovery and the New Range Rover Velar have been received very well in the market.