Swami Ramdev led Patanjali has launched an Ayurvedic medicine Coronil, which claims to treat coronavirus. Patanjali Ayurved Limited MD Acharya Balkrishna had announced on Twitter that the company has found a medicine for coronavirus. 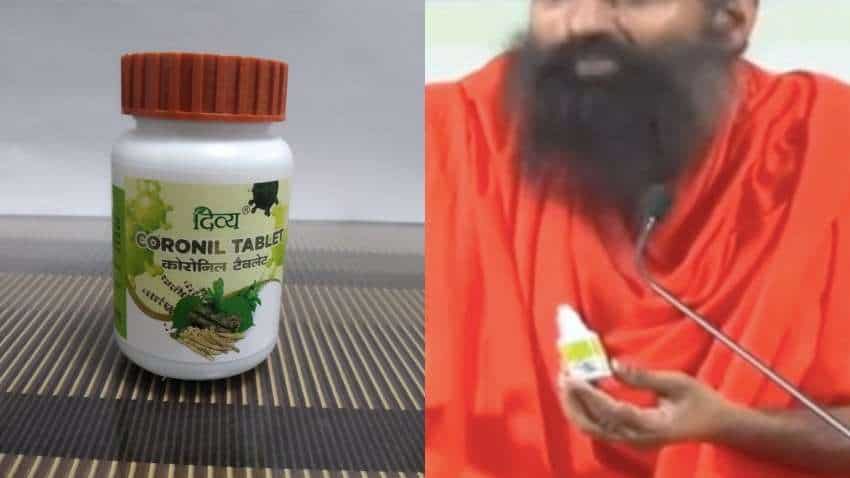 The medicine was unveiled by Yoga Guru Swami Ramdev during a press conference, also attended by Acharya Balkrishna.
Written By: ZeeBiz WebTeam
Edited By: Harish Dugh

In the post, Acharya Balkrishna announced that it is the first and foremost evidence-based ayurvedic medicine against the coronavirus contagion. The medicine has been manufactured by Haridwar’s Divya Pharmacy and Patanjali Ayurved Limited in Haridwar, based on a joint research by Patanjali Research Institute in Haridwar and the National Institute of Medical Science, Jaipur.

The trial was conducted by Patanjali Ayurvedic Medicines. The press conference was also attended by scientists, doctors and researchers involved in the trial. The event was held at the Patanjali Yogpeeth in Haridwar.

Ahead of the unveiling, news agency ANI had quoted Acharya Balkrishna as saying that they had first conducted a simulation after which compounds that could fight the novel coronavirus were identified. He further said that they then conducted clinical trials on several patients who had tested positive for COVID-19 and the results were favourable. He had further said that after taking their medicine, the patients recovered within five to 14 days, after which they tested negative for the disease.

The medicine has been launched at a time when number of coronavirus cases continue to rise even as life starts to return to normal. In India itself, the cases as on Monday stood at 4.25 lakh, while the total number of deaths are over 13,000.