Dr Debroy endorsed the pick-up in growth highlighted in the survey, but was of the view that in 2018-19 the real GDP growth rate is likely to be closer to 7.5 per cent rather than 7 per cent. 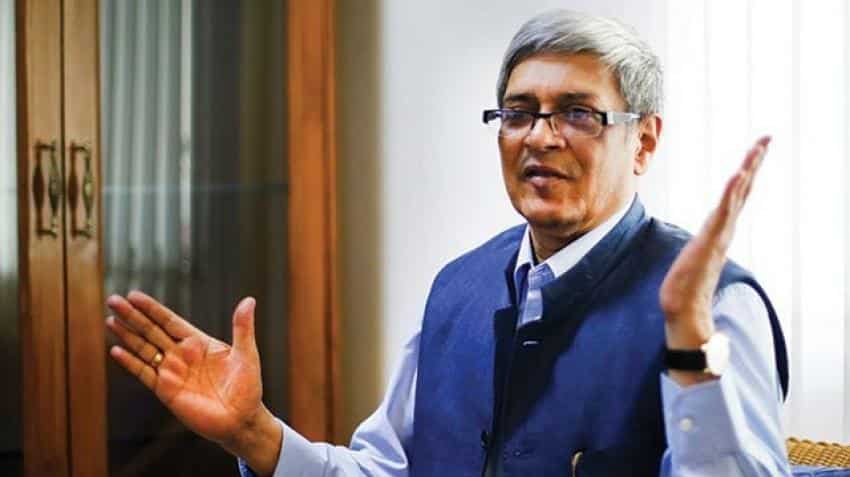 Dr Bibek Debroy, has said that the Economic Survey is a reflection of government’s commitment to growth and development. Image source: dnaindia.com
Written By: ZeeBiz WebTeam
RELATED NEWS

The Chairman of the Economic Advisory Council to the Prime Minister (EAC-PM), Dr Bibek Debroy, has said that the Economic Survey is a reflection of government’s commitment to growth and development.

Highlighting the optimistic outlook of the economy reflected by the Economic Survey, he said the emphasis on women’s empowerment is a welcome step.

Economic Survey for 2017-18 estimates a real GDP growth rate of 6.75 per cent for the full year, based on a 7.5 per cent real growth for the second half of the year. For 2018-19 it projects a real GDP growth between 7– 7.5 per cent. It is optimistic in its tone because of government’s commitment to carry forward structural reforms like GST, deregulation measures, bank re-capitalization and resolution through the IBC process.

The Chairman of the Economic Advisory Council to the Prime Minister (EAC-PM) endorsed the pick-up in growth highlighted in the survey, but was of the view that in 2018-19 the real GDP growth rate is likely to be closer to 7.5 per cent rather than 7 per cent.

The government is committed to fiscal consolidation and prudent public expenditure. It would be in order if public expenditure is also financed through off-Budget instruments. It is rightly mentioned that growth drivers will have to fundamentally emerge through exports, private investments and consumption. The Survey has already noted the likely pick-up in both exports and private investments.

The survey has stressed that demonetization was only a blip that did not last beyond mid-2017. It is important to emphasize this aspect because a lot of general statements are made about the impact of demonetization on GDP growth. One of the objectives of demonetization and GST was an increase in the tax payer base.

Correcting for trends, the survey has figures to show that the number of tax payers has actually increased because of these policy measures, though many of these tax payers declared incomes that are close to the minimum threshold levels. There has also been lot of debate about job growth, despite the lack of credible data.

The survey has specific numbers to show that formal sector employment is much higher than what is commonly suggested. The survey lists out down-side risks and up-side gains that will influence growth in 2018-19. Amongst down-side risks, the most important one is crude oil prices. The Chairman, EAC-PM is of the view that the impact of any increase in crude prices, will be more than compensated by recovery in exports, private investments and even private consumption, unless real interest rates remain too high.