Stock markets on Monday opened almost flat with both the BSE Sensex and NSE Nifty 50 continuing with the lackluster show of Friday. The 30-share Sensex opened lower by over 79 points or 0.3 per cent on Monday at 31,018.32. Meanwhile, the broader market Nifty 50 which opened around 9,108 was down by 0.3 per cent or over 28 points 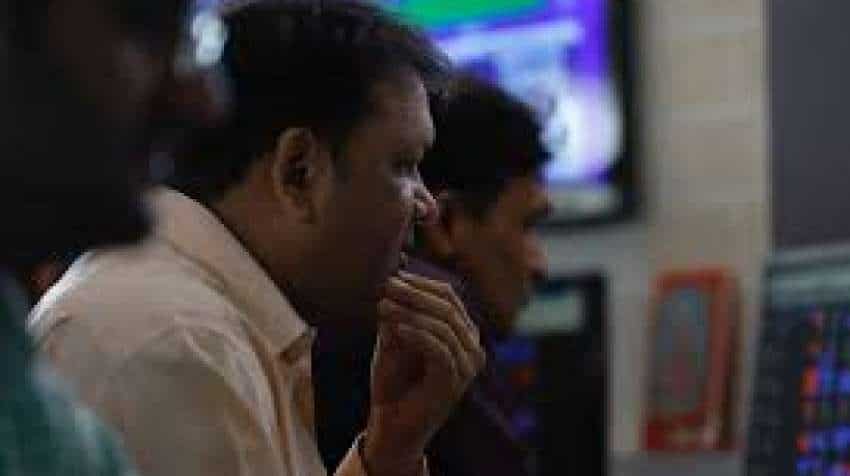 Within minutes of opening on Monday, most stocks in the index turned red. At 9:23 am, out of the 30 shares, seven were in green while the remaining in red Source: Reuters
Written By: ZeeBiz WebTeam
Edited By: Harish Dugh
RELATED NEWS

Within minutes of opening on Monday, most stocks in the index turned red. At 9:23 am, out of the 30 shares, seven were in green while the remaining in red. The top gainers at this time were ITC, Reliance Industries, Sun Pharmaceuticals, Infosys and Hindustan Unilever. Meanwhile the top losers on the Sensex were ICICI Bank, Bajaj Finance, Axis Bank, SBI and Indusind Bank. As the day progressed

As far as the Nifty 50 is concerned, the top gainers at the time of opening were Infosys, Hero MotoCorp, Cipla, Hindalco and ITC. The top losers on the NSE Nifty at the opening time were Coal India, ICICI Bank, Axis Bank, Adani Ports and Bajaj Finance.

Stock markets on Friday ended almost flat with the BSE Sensex ending the day at 31097.73 while the
broader market NSE Nifty 50 closing at 9136.85. No major market movement was observed during the day’s
trade.

Asian shares were led higher by S&P 500 futures on Monday and oil prices hit a five-week peak as countries` efforts to re-open their economies stirred hopes the world was nearer to emerging from recession. MSCI`s broadest index of Asia-Pacific shares outside Japan still edged up 0.4 per cent. Japan`s Nikkei rose 0.6 per cent and Chinese blue chips 0.3 per cent. EUROSTOXX 50 futures also gained 1.5 per cent and FTSE futures 1.4 per cent. Oil prices rose as demand picked up as countries around the world eased travel restrictions. Brent crude futures firmed 96 cents to $33.46 a barrel, while U.S. crude rose 98 cents to $30.41.