To keep gaining even when the stock market is topsy-turvy, the share market experts have picked these five stocks that may help investors to book profit. 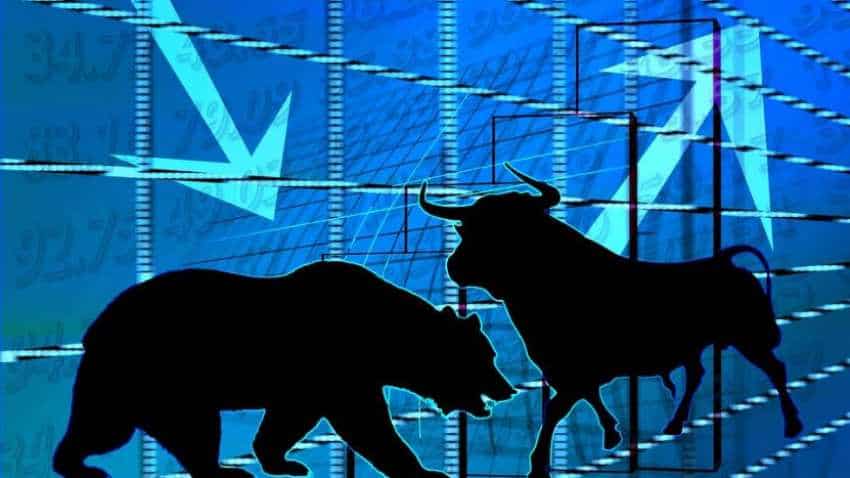 As per fundamentals Birla Corporation, L&T Infotech, L&T Technology Services, Federal Bank and NIIT Technologies are the stock to buy on May 7, say experts. Photo: Pixabay

Stock market witnessed topsy-turvy trend on Monday after the US President Donald Trump threatened to hike tariffs on $200 billion of Chinese goods at the end of the week in a bid to speed up stuttering trade talks between the economic superpowers. However, share market experts are still maintaining that 'buy on dips' should be the strategy that stock market investors need to follow in current market scenario. The Dala Street experts have also advised market investors to check minute details of both fundamentals and technicals of each and every counter, in which they are thinking to take any position. Here are the top 5 shares that share market experts have picked for investors for May 7:

Volumes for the quarter at 3.85 MT; up 13.2 per cent YoY and 20 per cent QoQ with realizations being largely flattish. Birla Corporation's EBITDA (Earnings Before Interest, Taxes, Depreciation and Amortization) per tonne at Rs 804; which increased by 6 per cent YoY and 24.6 per cent QoQ. Huge land bank (addition of Rs 8,429 mn) and limestone reserves post acquisition of Reliance Cement would ensure incremental capacity addition at lower cost, improving return ratios going ahead.

NIIT Technologies revenue at $138.0mn was up 2.3 per cent QoQ and 1.3 per cent QoQ in CC terms with lower GIS license revenue, due to procurement being stopped, as part of Code of Conduct for India’s 2019 General Elections. Growth was broad-based across verticals, with transportation adding $2.2 mn (against a decline of $0.2mn in Q3) and BFS $1.8mn (against a dip of $0.7mn in Q3). Other current assets were up Rs 564mn against Rs 401mn in Q3, led by an increase in unbilled revenue. GIS divesture would impact 1QFY20 revenue and Whishworks acquisition is likely to be integrated only in 2QFY20. But despite likely near-term revenue hiccups, stock market remain optimistic regarding NITEC medium-term prospects, given continued investment in capability with build-out of a domain and technology consulting team to help the firm differentiate vs peers and help it to penetrate new accounts and mine existing ones.

Federal Bank has been trending towards gradual improvement in its return ratio profile as
it is quite visible from FY19 results. Reducing stress assets, improving fee income profile and cost control will help the bank to register better return ratios going ahead.

As per the fundamentals of the counter, Federal Bank reported strong PAT growth of 163 per cent against 14 per cent YoY/QoQ led by improved all round performance. NII grew by 17.5 per cent YoY and other income grew by 31 per cent YoY. NIM improved by 6 bps YoY. The profitability of the bank was further boosted by the lower provisioning, which stood at Rs 178 crore against Rs 372 crore in Q4FY19.

On what should be market investors' strategy in regard to the L&T Technology Services shares Apurva Prasad and Amit Chandra, Analyst, HDFC Securities informed in a detail research report citing, "The counter may show upside swing of around 10 per cent and can show Rs 1,860 per stock levels." Currently, the L&T Technology Services share price is oscillating around Rs 1,700 per stocks.

L&T Infotech revenue was up 2.0 per cent QoQ at $353.8mn, just 30bp below our estimates, despite setback in its top client account where we estimate it lost at least $6mn QoQ. Hi-tech, media & entertainment and manufacturing added the highest revenue at $4.7mn and $4.6mn, respectively. BFS declined by a mere $2.9mn despite top-5 clients declining by $5.8mn, indicating banking clients other than the top client continue to ramp up. We believe LTI has the broadest set of growth drivers among mid-cap India IT services firms and a long runway of growth is likely.

On their view in regard to L&T Infotech shares Ashish Agrawal, Analyst at Elara Securities said, "Fundamentals of the counter suggests an upside momentum of around 21 per cent and the counter may show Rs 2,090 per shares." currently, the stock is oscillating around Rs 1,700 per stock levels.