Taking cue from the Tech and IT stock's heavy gains at Wall Street, Indian indices Sensex and Nifty have jumped by near 0.65 per cent from its Thursday close. However, experts are suggesting traders to remain stock specific and avoid over leveraged positions. 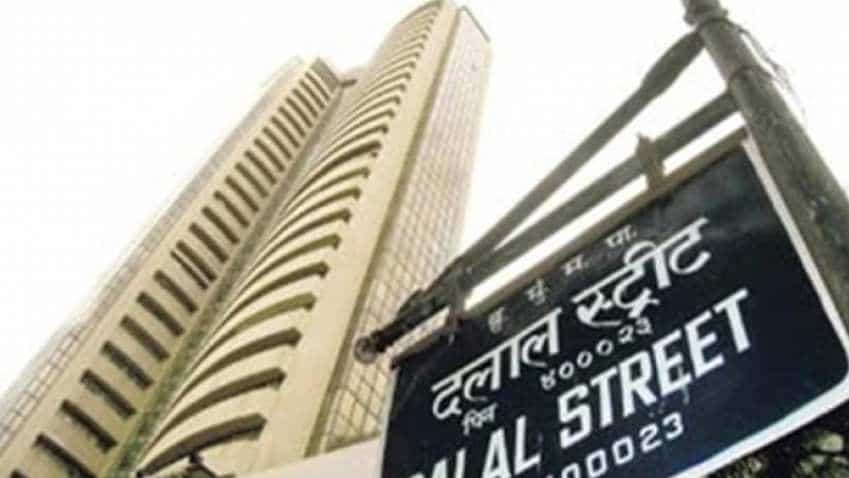 On the daily chart, Nifty is still bouncing from the support formed by the rising line of triangle pattern which indicates that the bullish pattern is still intact. Photo source: PTI

On account of US-trade talks taking place next week the Indian indices took a huge jump from its previous close on Thursday. The BSE Sensex rose 249 points to 36,444 while 50-strip Nifty rose 72 pointst to 10,922 levels. Stocks from metal, IT, tech, oil, gas and energy were among the top gainers. However, experts are suggesting traders to remain stock specific and avoid over leveraged positions.

11:25 AM After taking pause for around a week, banking stocks once again got momentum today. Banking major Yes Bank maintin its early gains by remaining green bt around 5.4 per cent while Axis Bank, IndusInd Bank and Kotak mahindra Bank stocks are up by more than 1 per cent.

10:32 AM After witnessing heavy buying in first one hour, both Sensex and Nifty takes a pause but the BSE Sensex is still 220 point up while Nifty is at 10,913. The Reliance Industries shares and Yes Bank shares are trading higher from its previous close.

9:55 AM Shares of Yes Bank, as reported yesterday by Zee Business rose by over 7.5 per cent and is among the top gaining stocks. This rise is mainly due to the change of guard at the CEO level. Yesterday, Yes Bank had announced that Ravneet Singh Gill would be its new CEO replacing Rana Kapoor.

9:08 AM  Asian stocks rose across the board on Friday, buoyed by gains in U.S. technology shares while investors awaited several key events next week including U.S.-China trade talks.
The euro struggled near a six-week low versus the dollar following dovish-sounding comments from European Central Bank President Mario Draghi, who expressed concerns about the euro zone economy.

MSCI`s broadest index of Asia-Pacific shares outside Japan gained 0.95 percent to scale its highest since December 4.

The index was headed for a gain of 0.6 percent this week, with strong corporate earnings helping somewhat to counter growing concerns over slowing global economic growth.

Japan's Nikkei advanced 1.4 percent with technology companies boosted by a surge in their US peers.

9.00 AM:    Traders are advised to remain stock specific and avoid over leveraged positions, says expert.

Mehul Kothari, Sr. Technical Analyst - Equity at IndiaNivesh told Zee Business online, "After clearing the hurdle of 10930 mark, in the past few session the index faced some profit booking from higher levels and is still trading below the 10800 mark. On the daily chart, Nifty is still bouncing from the support formed by the rising line of triangle pattern which indicates that the bullish pattern is still intact. Thus we maintain our stance that the upside could continue in upcoming sessions." He said that the momentum might fade away only on a breach of this trend line support i.e. 10800 mark. Till that time traders are advised to remain stock specific and avoid over leveraged positions. On the upside, 10870 – 10900 mark are likely to act as intermediate resistance for the coming session.