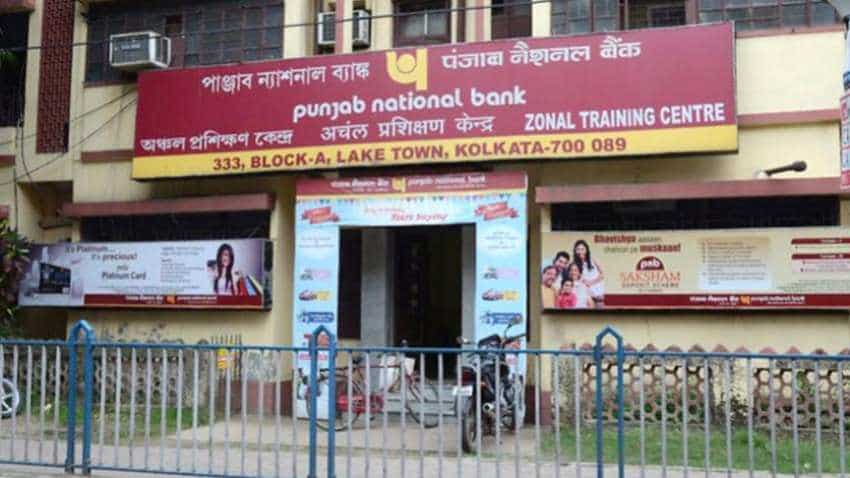 The state-owned Punjab National Bank (PNB) has become a hot stock on Dalal Street. Experts are upbeat on the bank, as it narrowed its losses during Q4FY19. The bank is on the path of recovery, since their great scam carried by Nirav Modi and Mehul Chowksi. In fact, the bank which was on the brisk of entering PCA framework, as managed to recover stressed assets. During the last quarter of FY19, PNB minimised losses to nearly Rs 4,750 crore. In the same quarter of the previous year, PNB has to register a massive of Rs 13,416.91 crore due to the fraud. Hence, such is a commendable improvement. Not only that, in the overall fiscal FY19, PNB’s loss now stands just at Rs 9,570 crore compared to loss of Rs 12,113.36 crore in FY18. Majority of experts have given neutral to hold target on PNB. On Friday, the stock finished at Rs 80.65 down by 1.04% on Sensex. However, on the same day, the stock touched an intraday high and low of Rs 82.95 per piece and Rs 79.65 per piece respectively.

Here’s what experts have said:

Rakesh Kumar and Chintan Shah analysts here said, “Asset quality appears to be improving with contained slippages and huge recovery in FY19. Also, In FY20, delinquency would come down further and NPL recovery would be high along with provisions writeback and realization from non-core investments. The bank’s core capital could be below mandatory mark by end-FY20. We expect a ROA of 46bp in FY20E & 81bp in FY21E; hence, we reiterate our Accumulate rating with a revised TP of INR 86 from INR 77 on 0.85x (from 0.70x) one-year forward P/ABV and add PNB HFC’s and PNB MetLife Insurance combined value of INR 13 per share from INR 16 per share. A key concern to our rating is post one-time huge NPL recovery, amalgamation would be a major event and could change the sentiment subject to banks to be merged with PNB.”

Nitin Aggarwal, Alpesh Mehta and Yash Agarwal, Research Analysts here said, “PNB reported a weak quarter as higher provisions drove another quarterly loss (fourth quarterly loss in the past five quarters). Fresh slippages spiked up as the bank downgraded IL&FS while recoveries and upgrades also stood lower v/s the trend in prior three quarters. Capitalization levels have depleted sharply (72bp QoQ decline) despite capital infusion of INR59b by the government, though the bank continued to report healthy growth in domestic business. PNB has guided for a moderation in slippages though credit cost is likely to remain elevated (guidance of 3%). We have changed our estimates by (a) an upgrade of 20% for FY20 to factor in NCLT-related provisioning write-back, and (b) a downgrade of 10% for FY21 to factor in higher credit cost. We maintain our Neutral rating with a TP of INR80 (0.7x FY21E BV).”

Shivaji Thapliyal and Raghav Garg, Research Analysts said, “FY20 recoveries to be similar as FY19 (a) RWA density indicates improvement in RWA profile and optimal capital utilization. (See comprehensive analyst meet takeaways on page 2 for significant incremental colour) Per se, on the key P&L items, PNB posted NII growth of 37% YoY at Rs42,003mn, PPOP was back in the black at Rs28,612mn and a loss of Rs47,496mn versus a loss of Rs134,169mn in the corresponding quarter last year. We have revised our estimates for FY20/FY21 and retained Accumulate rating on PNB, revising our target price to Rs92 (from Rs95 earlier), valuing the stock at 0.8x standalone FY21E P/ABV and ascribing a value of Rs26 for subsidiaries.”

M B Mahesh, Nischint Chawathe, Dipanjan Ghosh and Shrey Singh analysts here said, “As we have seen in the previous few quarters, the results are not showing any major negative surprises though improvement has been slower than that of peers. The bank is on track to show steady recovery in RoEs from hereon. As highlighted in the past, earnings would be volatile in the short term as forecasting credit costs at the last leg of the cycle would be a challenge. The only downside risk is to book value per share as dilution risk is still high and we wait to hear on the quantum of capital infusion from the government given the current CET-1 ratios. We believe that the convergence between book and adjusted book value should result in a re-rating of the bank. Maintain ADD rating with fair value unchanged.”

The analysts also said, “Overall the asset quality should show further improvement considering that the NCLT cases would see higher resolution going ahead. We are disappointed on the slippages outside these large accounts as it continues to a point of much slower recovery than its peers. The slow pace of resolution is resulting in the bank making higher-than-required provisions on these accounts resulting in faster consumption of capital.” A target price of Rs 105 is set on PNB.

Sohail Halai and Amit Mishra, analysts here said, “Despite a challenging period, which saw Fraud in Gems and Jewelry grabbing the headline of all frontline media, SA deposit profile remained resilient (+8% YoY) and has surprised us positively. Resultantly, CASA ratio remains strong at 42.4%. Once the capital constraint is resolved, adequate liquidity in the balance-sheet (LD ratio of 68%) and low cost of funds should help PNB to grow its loan book with low risk assets.”

The duo added, “Valuations seem to be inexpensive at 0.8x FY21BV but potential RoEs are likely to remain sub-10% in near future and risk of consolidation to loom. Therefore, we believe there are limited re-rating triggers for the bank. Maintain Hold.”