Spandana Sphoorty Financial plans to raise between Rs 1,198 to Rs 1,201 crore from the issue. 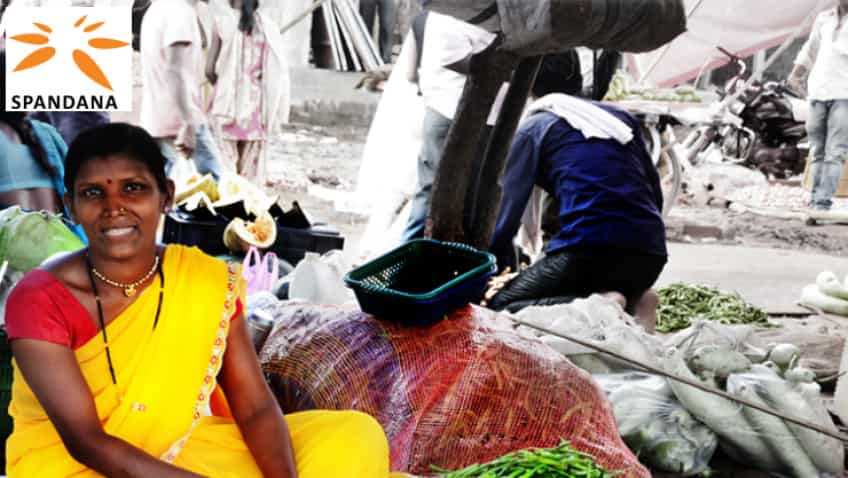 A little over a day has passed since the IPO of rural focused NBFC-MFI Spandana Sphoorty Financial Limited was unveiled. However, so far the subscription in this IPO has been sluggish with bids of only  6,17,610 shares received from investors as per cumulative data given by NSE. Such bids are against the total issue size 98,22,367 of equity shares. Hence, so far Spandana Sphoorty IPO has been subscribed by only 6%. The IPO kicked off on Monday, and will be available for subscription till Wednesday trading hours. In the IPO, a retail investor can only make maximum subscription worth Rs 2 lakh. It is a 100% book building issue, with price band fixed at lower end of Rs 853 per piece and upper end of Rs 856 per piece. On stock exchanges, Spandana Sphoorty will compete against peers like Bandhan Bank, AU Small Finance Bank and CreditAccess Grameen Ltd.

50% of the total issue size is set aside for qualified institutional buyers (QIB), while 15% kept for non-individual buyers (NIB) and remaining 35% belongs to retail investors. Through the IPO, the company’s promoter plans to bring down their holding by 17.2%. Post IPO, Spandana Sphoorty’s promoter will hold 61.5% while remaining 38.5% will be held for public and other institutional holders.

Established in 2003, the Spandana Sphoorty Financial (SSFL) got registered as an NBFC in 2004. So far, the company provides microfinance largely to women from lower-income households with an average loan size of Rs 17,768/customer, in which it follows ‘joint liability group’ model. Also, it has a  diversified lending and borrowing strategy. Further, the company has a  wide presence in the nation with presence across 16 states and 1 union territory. At present, Spandana stands as the 4th largest NBFC-MFI nationally in terms of AUM with a size of Rs 4,437Cr in FY2019.

The IPO consists of fresh issue and offer for sale (OFS). Net proceeds from the issue are proposed to be utilized for augmenting the company’s capital base and for general corporate purposes. The company plans to raise between Rs 1,198 to Rs 1,201 crore from the issue.

Payal V. Pandya, AVP Research at Centrum said, “At higher end of the price band of ₹856, issue is priced at 4.0x/2.9x its FY18/19 adjusted book value on post dilution equity basis. SSFL’s successful exit from corporate debt restructuring (CDR) mechanism in Mar’17 (well ahead of scheduled date of Mar’18), consistent profits along with a healthy asset book, builds confidence in the prospects.”

Given the low penetration of financial services in the rural India, Pandya said, “the ability of MFIs to reach out to the hinterlands and SSFL’s high operational efficiencies, we believe the company could have a considerable scope for growth going ahead. Hence, we suggest investors to subscribe to the issue. However, in light of the current market conditions one must invest in the IPO from a long term perspective.”

Even Siddhartha Khemka and Sneha Poddar Research Analysts at Motilal Oswal believes one can subscribe for this IPO for long term gains. The duo said, “Spandana has delivered robust financials post its CDR exit with revenue/EBITDA/PBT CAGR of 66%/109%/267% over FY17-19. Its NIM of 17% is higher than peers while its opex ratio of 4.5% is below the industry average of 6-7%. At the upper price band, it is valued at 2.4x P/B on FY19 diluted basis, compared to CreditAccess Grameen 3.2x P/B. Given Spandana’s efficient business model, its display of strong resilience during tested times, higher RoA and NIMs, we are positive on the company and its business model. However considering the current market environment and NBFC liquidity issues, investor can look at Subscribing to the IPO from a Long Term perspective.”

Also, Sharekhan in their research note said, “SSFL is a leading MFI and 6th largest by AUM Rural Focused NBFC-MFI with a geographically diversified presence in India offering income generation loans under the joint liability group model, predominantly to women from low-income households in Rural Areas. SSFL is among the most efficient MFI player with net almost 0.01% NPA as on March 31st 2019 and also delivered impressive AUM growth of 52% and PBT growth of 118% CAGR over last three years and also have decent ROE of 16.5%. At the upper end of issue price, SSFL is offered at 2.7x BV FY2019. Considering all these factors, SSFL prospects looks promising for long term.”

Further, Jaikishan J Parmar Research Analyst at Angel Broking said, “At upper end of the price band, SSFL is valued at 2.7x of FY2019 BV (Pre-IPO) and on post dilution basis at 2.4x of Book value, whereas close peers i.e. CreditAccess Grameen is trading at 3x FY2019 BV. Given SSFL’s successful exit from CDR in March 2017, healthy NIM, return ratio and low penetration of financial services in rural India coupled with a well-capitalised balance sheet and experienced management; we believe the company has an excellent base for next level of growth. Based on the positive factors, we assign SUBSCRIBE rating to the issue.”

Money in bank for Polycab shareholders! Share price rockets as much as 10 pct; Anand Rathi has this message for investors

Acting not wrestling where you fight to make your co-actor lose: Pankaj Tripathi