The S&P said it welcomed government reforms, including the rollout of GST and a planned $32 billion capital infusion into its struggling state-run lenders, and predicted that the country`s economy would "grow robustly" in 2018-2020. 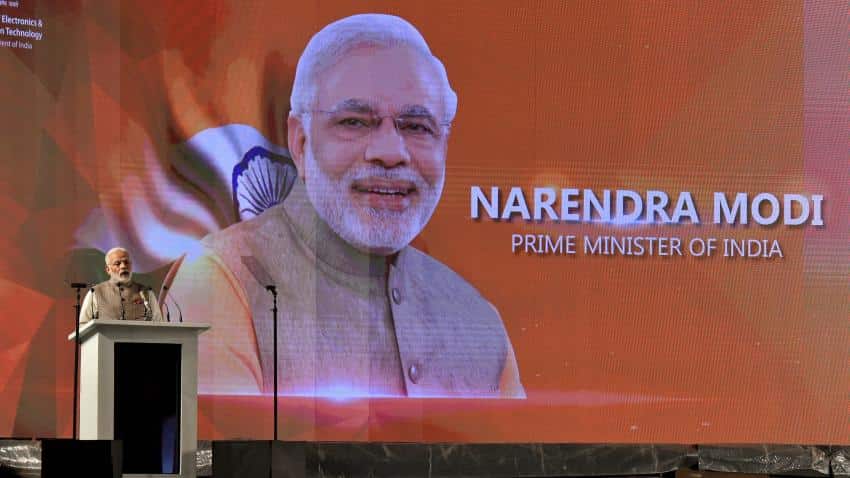 The S&P's statement said it was comfortable with its current rating, which leaves India at its lowest investment-grade standing, despite welcoming recent actions such as the unveiling of an ambitious national goods and services tax (GST), India`s biggest-ever tax reform.

The agency statement said that it welcomed government reforms, including the rollout of GST and a planned $32 billion capital infusion into its struggling state-run lenders, and predicted that the country`s economy would "grow robustly" in 2018-2020.

But it reiterated its concerns about India`s gross domestic product (GDP) per capita income, saying it was "the lowest of all investment-grade sovereigns that we rate" at an estimated $2,000.

The ratings agency further added that India`s general government revenue was "low", at an estimated 22 percent of 2017 GDP, and noted that "the large general government debt load and India`s overall weak public finances continue to constrain the ratings."

The agency said it would need to see more evidence that government reforms would "markedly improve" the government`s finances and reduce its net general government debt to justify an upgrade.

The rating action was quickly termed by the government as "unfair".

Sanjeev Sanyal, Principal Economic Adviser, termed the rating unchange as "a bid unfair" saying the low per capita income is "neither a reflection on our ability or our willingness of pay debt."

Economic Affairs Secretary Subhash Chandra Garg said S&P choose to pay cautious and hoped that the reforms will reflect in a ratings upgrade next year.

"We are not disappointed but our expectation would be that S&P also takes into account what the government has done," he said adding S&P has said everything that Moody's also stated in its rating upgrade.

Earlier in the day, Morgan Stanley has stated that India is uniquely placed among emerging markets and has a very clear reform agenda to address long-standing issues.

In an interview to a news channel, Jonathan Garner, chief Asian and emerging markets equity strategist at Morgan Stanley, said, “What we are seeing India is probably uniquely amongst emerging markets (EM). It has a very clear reform agenda to address long standing issues particularly around infrastructure spending. We have also seen, I have been waiting for it for 20 years, the implementation of the goods and services tax (GST) this year. We have seen the recapitalisation of the PSU banks.”

EPFO ALERT! You can AVAIL non-refundable advance in case of unemployment, check the WITHDRAWAL process here