South Indian Bank reported net profit of Rs 23.04 crore for the first quarter of the financial year 2018-19 as against Rs 101.47 crores during the corresponding period last year. 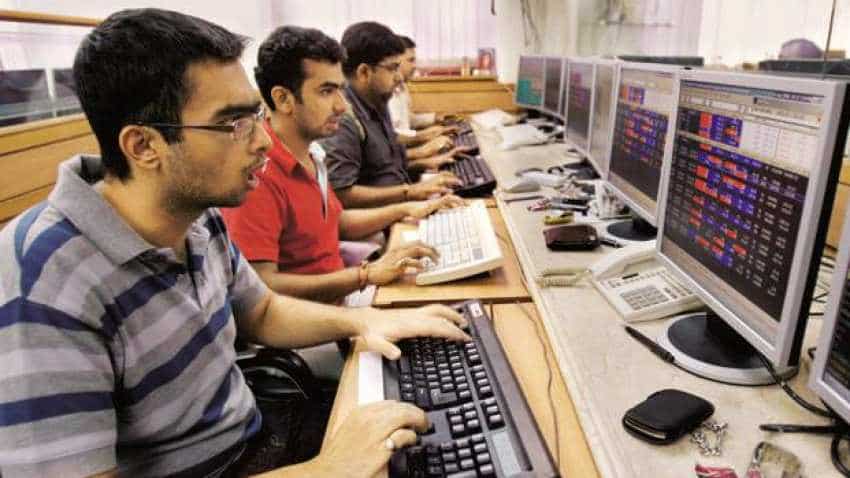 South Indian Bank plunged as much as 18.26 per cent to Rs 18.35 on the BSE. Image source: Reuters
Written By: ZeeBiz WebTeam
RELATED NEWS

South Indian Bank share price tanked a whopping 18 per cent on Monday after the Kerala-based bank declared a steep fall of over 77 per cent in its net profit for the June quarter. South Indian Bank reported net profit of Rs 23.04 crore for the first quarter of the financial year 2018-19 as against Rs 101.47 crores during the corresponding period last year.

In a regulatory filing to BSE, the bank said the reason for the decline in profit was the reduction in the Treasury trading profit by Rs 73 crores and incremental MTM (mark to market) provision in the Treasury Book by Rs 41 crore owing to adverse market conditions, besides incremental one-time employee cost of Rs 33 crore because of increase in gratuity ceiling and wage revision.

"But for these, the net profit would have been Rs 119 crores for the first quarter," the release said.

Low-cost deposit grew by 4 per cent, it said. The non-resident CASA (the ratio of deposits in current and saving accounts to total deposits) saw a growth of 5 per cent on a quarter-to-quarter basis, it said.

The bank was continuing its focus on retail and MSME (Micro, Small & Medium Enterprises) advances, the release said. Retail advance grew by 27 per cent year-to-year and MSME advance was up by 21 per cent, it said.

The bank was also pursuing the asset quality issues pertaining to corporates, it said. As a result of this, the gross and net NPA (non-performing assets) rose by 93 bps (basis points) and 73 bps, respectively, it said.