Sonchiriya box office collection: The Sushant Singh Rajput and Bhumi Pednekar- starrer has so far received a lukewarm response from the audience. 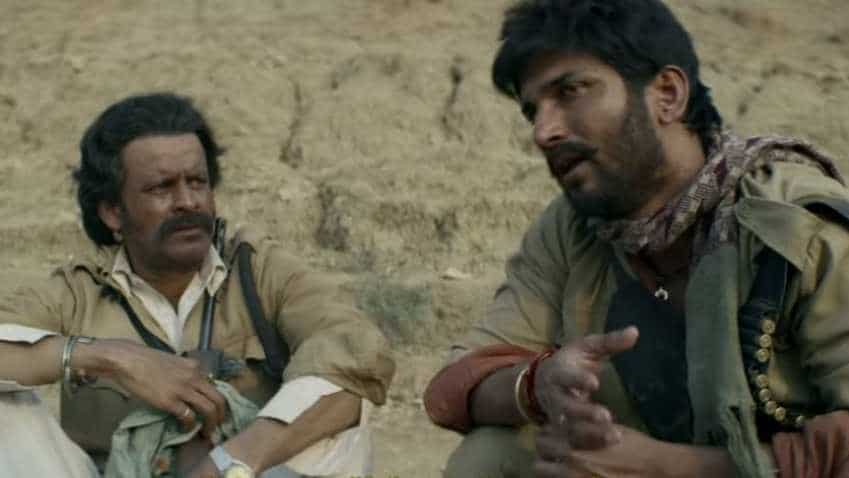 Sonchiriya box office collection: On the first day of its opening on Friday, the movie managed to collect only Rs 1.20. Image source: Screen grab from trailler
Written By: ZeeBiz WebTeam

Sonchiriya box office collection: The Sushant Singh Rajput and Bhumi Pednekar-starrer has so far received a lukewarm response from the audience. On the first day of its opening on Friday, the movie managed to collect only Rs 1.20. Though it witnessed better collections, the film managed to earn only Rs 1.50 cr on day 2 at the box office. The film, which also features Manoj Bajpayee, Ranvir Shorey, and Ashutosh Rana,  is based on a story set in the Chambal valley - of dreaded, warring dacoits.

However, today's collection may give an indication of how the movie is going to do.  The Abhishek Chaubey-directed film, however, has a tough time ahead, as  Kartik Aryan and Kriti Sanon’s 'Luka Chuppi' is doing good business at the box office. After releasing on the same day, the movie is already close to Rs 20 cr. Another reason for the low collection of Sonchiriya may be that it was released only in just over 700 screens. Total Dhamaal, which was also released recently, is also doing bristling business at the box office. The film has already entered the Rs 100-cr club.

Son Chiriya received a moderate review from critics. However, it failed to create an appeal with the audience.  "#SonChiriya falls flat on Day 2... Minimal growth on Sat is not good news at all, seals the fate... Fri 1.20 cr, Sat 1.50 cr. Total: ₹ 2.70 cr. India biz.," Film trade analyst Taran Adarsh tweeted today.
Sushant Singh Rajput's last film 'Kedarnath', which has Sara Ali Khan as the female lead, did quite well at the box office.