Here's what you need to know about the new Mumbai suburban AC train - AC EMU. 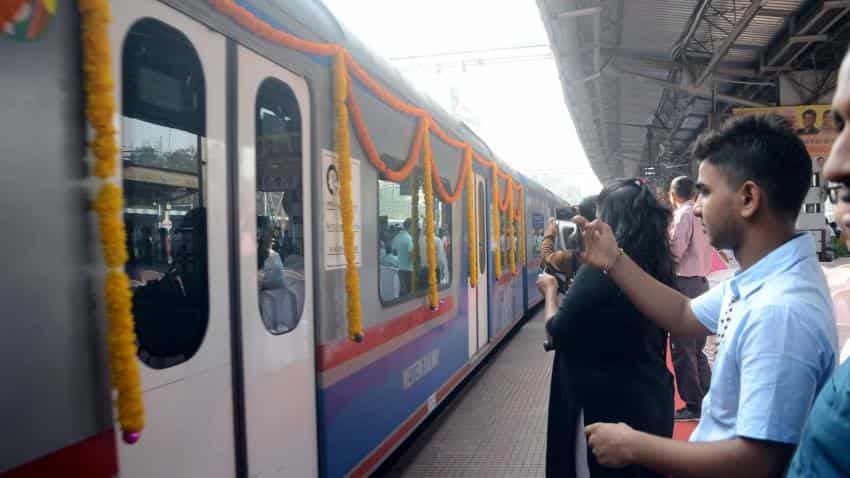 Beginning the new year on a good note, the Western Railways of India inaugurated operations of its first local air conditioned train. The train was scheduled to leave Churchgate station at 8:54 am. And after reaching its destination at Virar, will once again commence its journey at 10:22 am.

The AC train began operations on Christmas Day from Churchgate to Borivali.

Here are a few things to note before embarking on a journey in the new local AC train.

Base fare: A single journey of the AC EMU (Suburban Train) was estimated to cost 1.3 times more than the base fare of the existing local train tickets. Minimum fare price was quoted as Rs 60 while the maximum was said to be Rs 205, IRCTC said.

Timings: Train timings of the new train with effect from January 1, 2018 was given by IRCTC as follows. 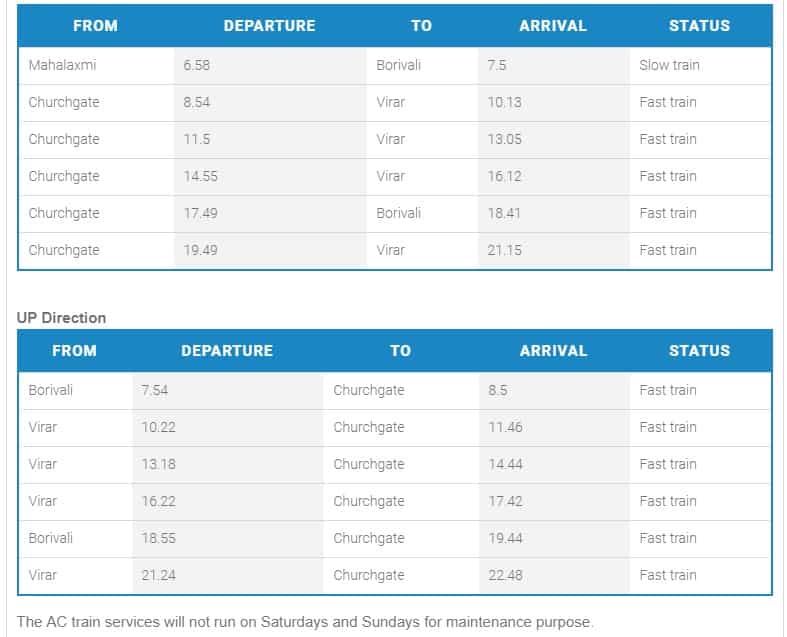 Features: The fully air conditioned train has a capacity of 30 tonnes per coach. It has a passenger seating capacity of 1,028 seats and a total of 5,964 passengers.

Each coach is provided with an indication light on both sides of the coach. These lights are integrated with alarm chain pulling system.

To evacuate the passengers in case of emergencies, emergency ladders are provided with signage inside the coach, IRCTC said. The train also has two fire extinguishers with instruction to operate and proper arrow marking sticker.

Speed: The stainless steel coaches will operate at a maximum speed of 100 kilometres per hour.

From January 1, the train will run from Churchgate to Virar having 12 services per day, a report by PTI said.