India has reported a record single-day surge in Covid-19 cases on Thursday, May 6. Speaking on the same, Zee Business anchor Deepanshu Bhandari said that more than 4,14,000 new Covid-19 cases have been recorded across the country. 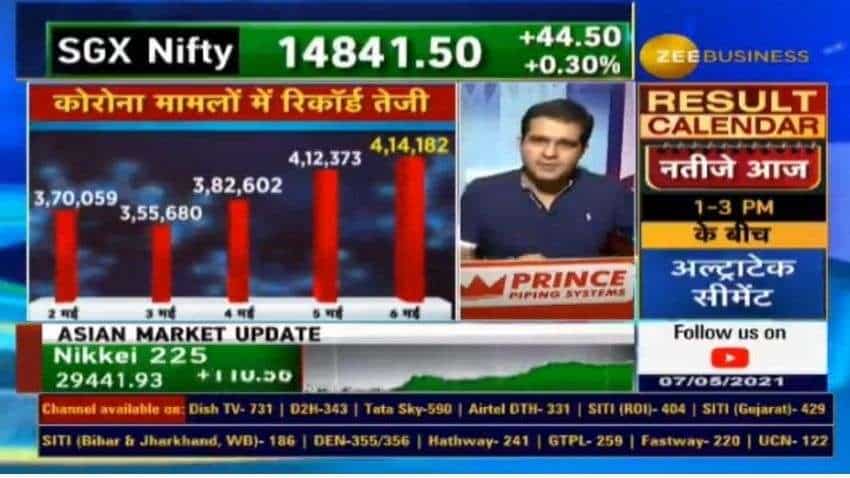 There is one good news, the Sputnik V vaccine has arrived in the country and will get distributed by Dr Reddy's, Deepanshu informed. Russia has said in a statement that they have launched a single-dose vaccine of Sputnik V and has named it Sputnik Light.

This single-dose vaccine has been launched in Russia only and it has been found 80 percent efficient in the trials. It will be worth watching how fast the vaccine will be scaled up and exported to different countries, Deepanshu said.

Deepanshu said that the new cases are rapidly surging in big states as Maharashtra has reported 62,000 new Covid-19 cases. Cases in Mumbai are in control but there are several other districts in Maharashtra where the cases are surging, he added.

Rajasthan has announced a strict lockdown from May 10 to May 24 and has also banned organising the marriage ceremonies till May 31. In Madhya Pradesh also lockdown has been imposed till May 15 to control the spread of the coronavirus.

Goa has already imposed various restrictions in the state and has now stopped the shootings of films and televisions.