Film trade analyst Sumit Kadel said that Simmba has managed to get around 80 to 90 per cent screen space. 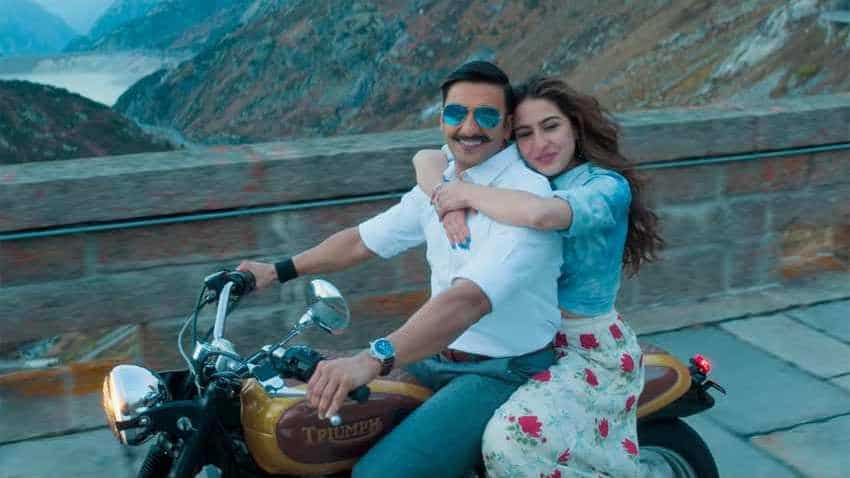 Simmba Box Office Collection prediction 2018: Simmba is a story of an orphan from Shivgadh, the village where Singham was born and raised.
Written By: ZeeBiz WebTeam
RELATED NEWS

Simmba Box Office Collection prediction day 1: Directed by Rohit Shetty, action thriller Simmba featuring Ranveer Singh and Ajay Devgn is all set for release on Friday. Simmba film is said to have been produced on a budget of around Rs 80 crore. This is India's first crossover merging the popular Ajay Devgn starrer Singham with a new production, which is Simmba.

As per Simmba collection prediction by film critic and trade analyst Sumit Kadel is concerned, then he has revealed that it expected to earn around Rs 20 crore on the day 1.

"Seeing the advance booking of the film, it may collect around Rs 15 to 20 crore on day 1," said Kadel to ZeeBiz.Com.

Kadel said that the film has managed to get around 80 to 90 per cent screen space.

"Simmba will be released on over 4,000 screens. It will majorly reduce the screen count of Zero as KGF was released on lesser screens compared to SRK's film," said Kadel.

Kadel added that given the long weekend, if Simmba turns out to be good then there is no stopping the film.

It is to be noted that the two big film - Thugs of Hindostan featuring Aamir Khan and Zero featuring Shah Rukh Khan have not been liked much by the audiences even as movies from South like 2.0 and KGF have done better than expected on the Hindi box offices.

Simmba is a story of an orphan from Shivgadh, the village where Singham was born and raised. Contrary to the honest Singham, Simmba is a corrupt police official. The story has the typical Bollywood type twist that transforms him to choose the right path. The film also features Ajay Devgn as Singham.