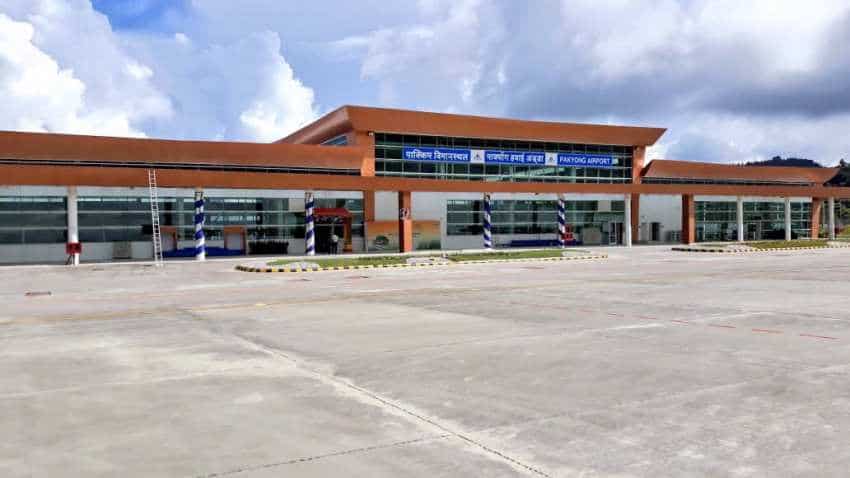 Sikkim's Pakyong Airport inauguration today: Prime Minister Narendra Modi on Sunday said that he would inaugurate the first airport in Sikkim at Pakyong on Monday. The airport will improve connectivity, benefitting the people of the state. PM Modi left for the Himalayan state after launching the Centre's flagship Ayushman Bharat-National Health Protection Mission (AB-NHPM) from Jharkhand capital Ranchi on Sunday. "After the programme in Jharkhand I will leave for Sikkim. In Sikkim, I will be inaugurating the Pakyong Airport tomorrow, which will improve connectivity and benefit the people of Sikkim," Modi tweeted.

- Flight details: The first commercial flight from Pakyong would begin from October 4. SpiceJet will operate 78-seater Bombardier Q400 flights to and fro Delhi, Kolkata and Guwahati everyday under the Civil Aviation Ministry's Ude Desh Ka Aam Nagrik (UDAN) scheme. Initially the airport would only cater to domestic flights, but later it will also provide international flight services connecting Sikkim with other countries like Paro in Bhutan, Kathmandu in Nepal and Dhaka in Bangladesh.

- IAF's Dornier-228 aircraft was tested from Pakyong on March 5. SpiceJet followed it by conducting test runs of the 78-seater Bombardier Q400 from Kolkata to Pakyong on March 10. This led to security clearances for commercial operations. 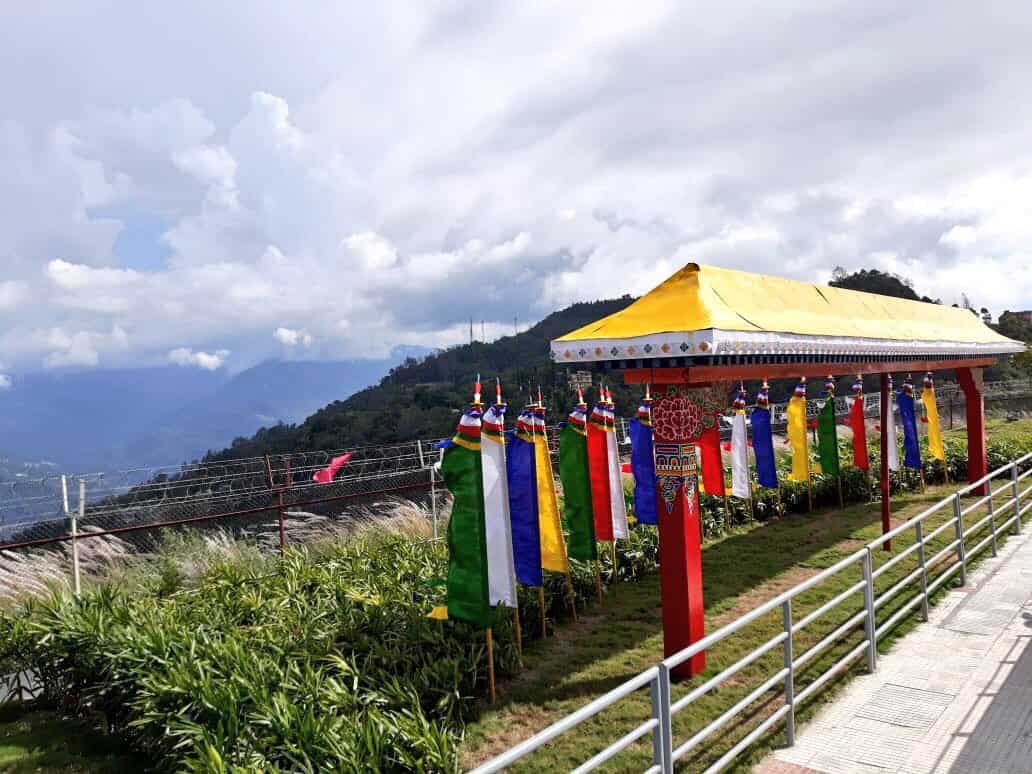 - Sikkim's dream of having an airport is set to come true after nine years. The  foundation stone of the greenfield airport was laid, around 33 km from Gangtok, in 2009.

- The Pakyong airport of Sikkim is spread over 201 acres and is located on top of a hill about two km above Pakyong village at 4,500 feet above sea level, according to Sikkim Chief Secretary A K Srivastava.

- Sikkim's first airport has been was constructed by the Airports Authority of India. At present, the nearest airport from Sikkim is located 124 km away in Bagdogra in West Bengal. 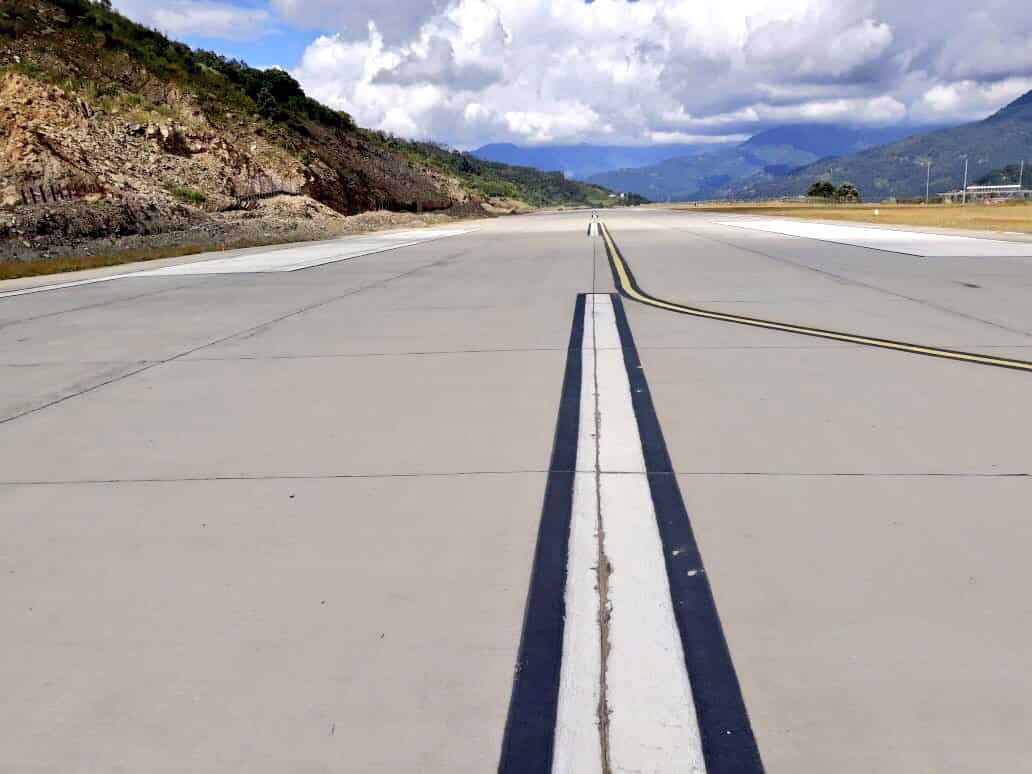 - Engineering marvel! Sikkim airport has been constructed at an estimated cost of Rs 605 crore. It is an "engineering marvel" for its soil reinforcement and slope stabilisation techniques keeping in view the altitude it was built at, Srivastava told news agency PTI. According to Pakyong Airport Director R Manjunatha, the land for the airport was carved from the mountainside using massive geotechnical 'cut and fill' engineering works.

- World record! The reinforcement wall of the project is 80-metre-high, which is one of the tallest in the world, said Srivastava.

- Features: Integrated structures comprising an ATC tower-cum-fire station, two sophisticated CFT, one terminal building for passengers, high-intensity runway lights, parking for over 50 vehicles are some of the features of the airport.

- Location: The Pakyong airport is located around 60 km from the Indo-China border. 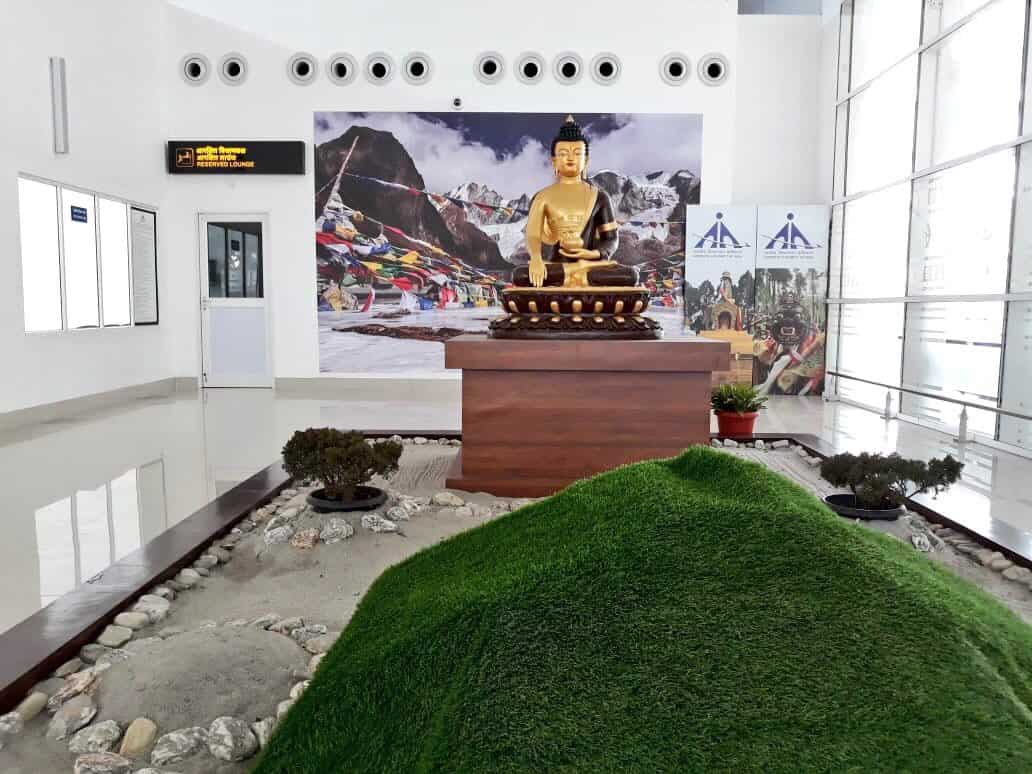 - Benefit to IAF: The Indian Air Force (IAF) would be able to land various types of aircraft on the airport's runway with the construction of another 75-metre stretch adjacent to the main runway in the coming days.

- Runway, terminal: The airport has a 1.75 km runway with a width of 30 metre. It has a 116-metre-long taxiway connecting it to an apron measuring 106 metre by 76 metre that can simultaneously accommodate two ATR-72 aircraft. The airport has 3,000 sq metre terminal building, which can handle 50 in-bound and as many out-bound passengers.

Security: Sikkim Police has been entrusted with the security of the Pakyong airport, the officials said.