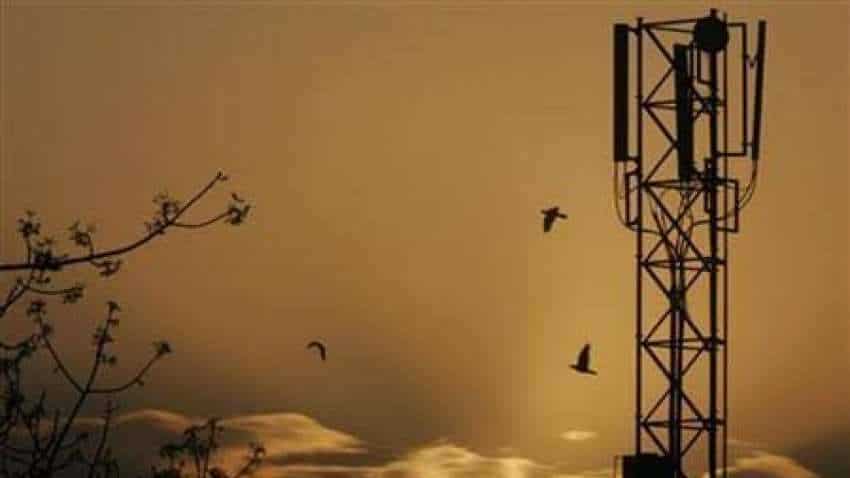 The apex court asked telcos to pay 10 per cent of the AGR-related dues by March 31, 2021. Source: Reuters
Written By: PTI
Edited By: ZeeBiz WebTeam
RELATED NEWS

The relatively shorter timeframe granted to telcos for payment of AGR dues will exert additional pressure on the cash flows, necessitates "sizeable" ARPU hike, and may have longstanding impact on industry structure, ICRA said on Tuesday.

The Supreme Court has granted 10 years to telecom firms such as Vodafone Idea and Bharti Airtel for paying the Adjusted Gross Revenue (AGR)-related dues to the Department of Telecommunications (DoT) with certain conditions.

"The proposed payment pattern adds to the burden of the industry which was already saddled with elevated debt levels," ICRA said in a statement.

Noting that the Telecom Department had proposed 20 year duration for payment of dues, ICRA said that the relatively shorter payment timeframe of 10 years that has been granted to telcos "exerts additional pressure on the cash flows and necessitates sizeable ARPU (Average Revenue Per User) increase and can have an impact on the industry structure".

"Assuming these payment terms are implemented on the balance amount to be paid, the telcos will have to shell out an amount of Rs 9,000 crore by March 31, 2021 as upfront payment, followed by 10-annual instalments of around Rs 12,000 crore at 8 per cent rate of interest starting February 2022 till February 2031," Jain said.

These dues arose after the Supreme Court, in October last year, upheld the government's position on including revenue from non-core businesses in calculating the annual AGR of telecom companies, a share of which is paid as licence and spectrum fee to the exchequer.

ICRA said the telecom industry, after witnessing a turbulent phase with intense competition and pricing pressures, was on a path to recovery.

Telecom operators announced substantial tariff hikes in December 2019, which along with moderation in capex intensity and deleveraging initiatives pointed towards "greenshoots of recovery" in the sector that was expected to result in expansion in cash flow generation."The tariff hikes have led to restoration of pricing power to the telcos and aided improvement in the operating metrics of the industry with growth in revenues and profit margins," ICRA said.

It further said that the industry has been saddled with elevated debt levels amid consistently high capex requirements.

"Moreover, despite the improvement in cash flow and moderation in capex intensity, the debt is further expected to increase to Rs 4.6 lakh crore as on March 31, 2021 owing to addition of AGR dues," it said.

Anupama Arora, Vice President and Sector Head, Corporate Ratings, ICRA, pointed out that while the government had earlier allowed deferral of the spectrum auction instalments for FY2021 and FY2022, the 10-year payment timelines for AGR dues "dampens the relief on auction payments to some extent".

It is likely to weigh heavily on the balancesheet of the weaker telecom operator, especially when the two-year moratorium gets over and auction payments resume in FY2023, Arora said.

"The annual instalments for the auction payments are to the tune of Rs 32,000 crore for the industry starting FY2023, which along with Rs 12,000 crore annual instalment for the AGR dues starting February 2022 will necessitate substantial increase in the ARPUs to more than Rs 350 and has the potential to have a longstanding impact on the industry structure," Arora added.

"Sector calls for timely measures to revive momentum and enable telcos to meet such regulatory demands. Strengthening the connectivity backbone will be imperative for ensuring long-term sustainability and economic value add," Singhal said.