Replying to an RTI query, RBI owned bank note printing company BRBNMPL has declined to share any details related to import of paper for printing of the high- denomination notes citing reason that it would affect India's sovereignty and may lead to incitement of an offence 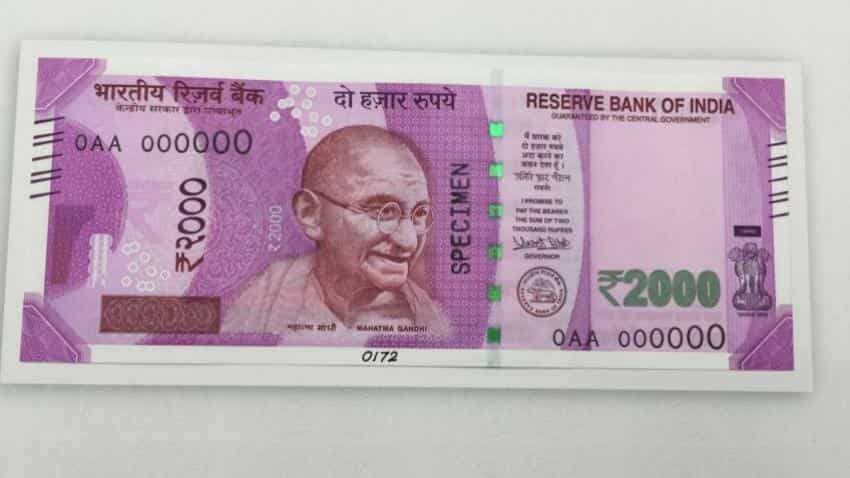 The BRBNMPL is a wholly-owned subsidiary of the Reserve Bank of India (RBI) engaged in production of currency notes. Representational Image. Image Source: IANS
Written By: PTI
RELATED NEWS

Sharing particulars about import of paper for printing of Rs 500 and Rs 2,000 notes would affect India's sovereignty and may lead to incitement of an offence, a RBI-owned bank note printing company has said.

Replying to an RTI query, the Bharatiya Reserve Bank Note Mudran Private Limited (BRBNMPL) declined to share any details related to import of paper for printing of the high- denomination notes.

The refusal of information assumes importance as a media report has alleged that the paper for printing the newly introduced currency papers was imported from a blacklisted firm.

"The information cannot be furnished since it falls under the ambit of Section 8(1)(a) of the Right to Information Act," the BRBNMPL said in reply to the RTI application filed by a PTI correspondent.

The Section bars disclosure of information "which would prejudicially affect the sovereignty and integrity of India, the security, strategic, scientific or economic interests of the State, relation with foreign State or lead to incitement of an offence".

The RBI was asked to provide name of company or supplier from which import of currency paper was done along with details of quantity of import and copy of memorandum of understanding or agreement signed by it in this regard.

The BRBNMPL is a wholly-owned subsidiary of the Reserve Bank of India (RBI) engaged in production of currency notes. It is also the nodal entity for procurement of currency papers.

The company manages two presses -- Mysore (Karnataka) and Salboni (West Bengal). The present capacity for both the presses is 16 billion note pieces per year on a two-shift basis, as per the firm's profile.

The corporate mission of the company is to produce bank notes conforming to international standards set by central banking and monetary authorities of the world and makes them available in adequate quantities to the RBI at competitive prices, the profile reads.

New currency notes of Rs 500 and Rs 2,000, with new designs and foolproof security measures, have been introduced by the RBI after the announcement.