#ShareYourGSTBill: As GST comes into force, people rush to share pictures of their first bill

GST bills have begun to be issued and eager Indians took to Twitter to showcase their first ever bills procured under the new tax regime. 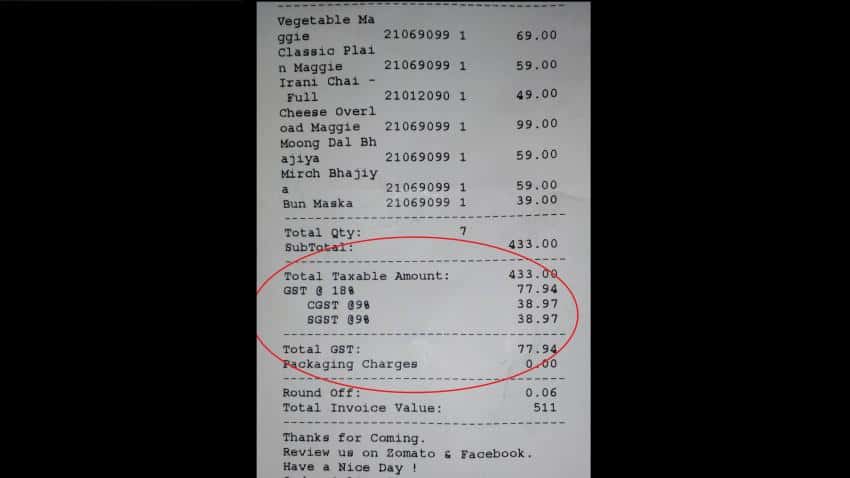 This morning when Indians awoke to begin their daily dose of grocery shopping they found a new tax being named on their bills – CGST (Central GST) and SGST (State GST).

With the rollout of the Goods and Service Tax (GST) regime when the clock struck midnight on July 1, India witnessed its biggest tax reform since independence.

The new tax administration began on a ceremonious note as President Pranab Mukherjee and Prime Minister Narendra Modi who together ushered in the historic event at Central Hall of Parliament.

Even Founder and Chief Executive Officer of Future Group had tweeted a picture of the first ever bill issued by one of the Big Bazaar outlets under GST saying, "Proud to issue India's first GST invoice at Big Bazaar," a report by India Today said on Saturday. However the tweet was later deleted.

Big Bazaar owner #kishoreBiyani tweeted a bill with #GST levied on the products and later deleted his tweet. Have a look at S GST and C GST. pic.twitter.com/nKGiFhEfd2

With several hashtags to showcase their first ever GST bill Twitteratis used the hashtag - ‘Share Your GST Bill,’ ‘GST For New India’ and of course – ‘One Nation One Tax,’ which began trending on Twitter shortly after.

Here are a few of the bills that zeebiz came across.

My first #GSTbill is a cold coffee pic.twitter.com/lPRDM1T0lP

13.50 Tax for 75. All for a pongal and coffee. Is the govt. looting the common man?#OneNationOneTax pic.twitter.com/R0Fcuf85mk

#OneNationOneTax #gstrollout #GST #GSTForNewIndia 18% GST on Veg Restaurants which is used by most is too much load on consumers pic.twitter.com/xJSm4bxx1X