Share to buy: Buy this stock and gain 30%? Check what HDFC Securities suggests

Experts say Teamlease reported strong revenue growth for 3QFY19 but missed on margins. Revenue stood at Rs 11.72bn up 7.5 per cent QoQ against our estimates of Rs 11.40bn. 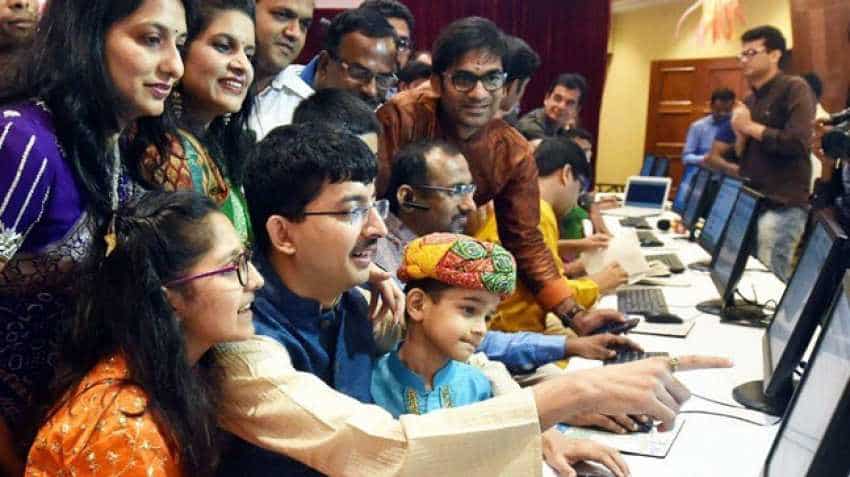 HDFC experts say Teamlease stock would give 30 per cent returns in short-term to the market investors.

After witnessing volatile trading session on three consecutive sessions, market investors are unable to assess that in which direction the markets would go as the volatility into the markets is mainly caused by the upcoming budget and F&O expiry. In such scenario, the HDFC Securities experts are advising to go by fundamentals of the stock. They have recommended Teamlease Services for the investors to think before making any investment decision. They says the investment would give them near 30 per cent return in short-term perspective.

Amit Chandra, Analyst at HDFC Securities told, "Teamlease is witnessing increased demand in core staffing across sectors. There are  around 8,000 open positions and portals like Schoolguru and Fresher’s world are helping in attracting talent. Core associates grew +16.6 per cent YoY, highest in the last eight quarters. Macro tailwinds, such as (1) Labour reforms, (2) Focus on higher compliance, (3) Rising preference for organized staffing providers, and (4) Government-driven skill development initiatives (NETAP) will drive  around 20 per cent CAGR (Cumulative Annual Growth Rate) in organised flexi-staffing. We like company’s low risk business model (non outcome based), lower dependence on funding model (only  around 15 per cent of salaries  are funded), focus on scaling Core+NETAP associates and scope for margin expansion through productivity benefits and better business mix. According HDFC Securites research, We expect revenue/EBITDA/PAT to grow at 21/30/26 per cent CAGR over FY18-21E."

Another expert Apurva Prasad, Analyst at HDFC Securities told Zee Business online through a written statement, "Teamlease reported strong revenue growth for 3QFY19 but missed on margins. Revenue stood at Rs 11.72bn up 7.5 per cent QoQ against our estimates of Rs 11.40bn. Growth was led by Core staffing (90 per cent of revenue,  8.6 QoQ) offset by HR Services (3 per cent of rev, -16.8 per cent QoQ). Specialised staffing (7 per cent of rev) grew 4.6 per cent QoQ led by IT staffing offset by soft Evolve (Telecom staffing). EBITDA margin was down 11bps QoQ to 2.1 per cent (against our estimates of 2.3 per cent) led by lower margin in Evolve and HR services. Core staffing margins expanded 20bps QoQ to 2.1 per cent led higher associate/core ratio (+8.1 per cent QoQ).

On what he suggests to the market investors Apurva Prasad of HDFC Securities said, "We recommend investors to buy the stock for the target of Rs 3300." Currently the stock is hovering around Rs 2520 levels.