Wednesday’s stock market highs in India were on the grounds of positive sentiments in the global markets coupled with short covering, Zee Business Managing Editor and market guru Anil Singhvi opines. The rally on Wednesday and today have been were primarily because of short coverings just before the May expiry date, Singhvi said 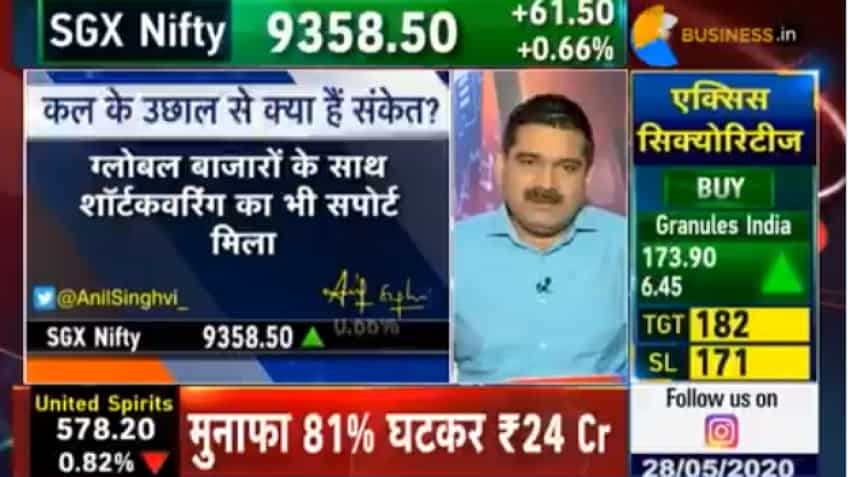 Anil Singhvi said that the investors should sell on market highs and buy when the bazaar levels are low
Written By: ZeeBiz WebTeam
Edited By: Prashant Singh
RELATED NEWS

He said that there aren’t enough triggers which are propelling the markets. The only reason why markets ended on a high was because of short coverings. Indian markets have been underperforming. The Nifty 50 attained 9150 mark while the bank Nifty breached the 17750 mark on Wednesday. The markets behaved as if there was no tomorrow, he added.

Reiterating his stand, Singhvi said that the investors should sell on market highs and buy when the bazaar levels are low. He further said that Wednesday’s strong show was a bit unexpected even for him. The Bank Nifty on Wednesday traded beyond expectations, he added. Singhvi said that, the investors will benefit from short covering in today’s sessions as well, especially in the first half. He said that it will be interesting to see how Dow Futures and expiry trade in the second half.

The existing trading pattern is range bound and investors should book profits when the markets are on a high while buy when there is excessive fall, he suggested. On the question of whether the markets are looking for gains from here for some sustained period, Singhvi said that it doesn’t look like this, currently. Any trend reversals would be known in June, he added.

Crackdown! This is what SEBI plans to do to prevent default by brokers

Save the Saviours! Health insurance is a must for doctors - our medical warriors