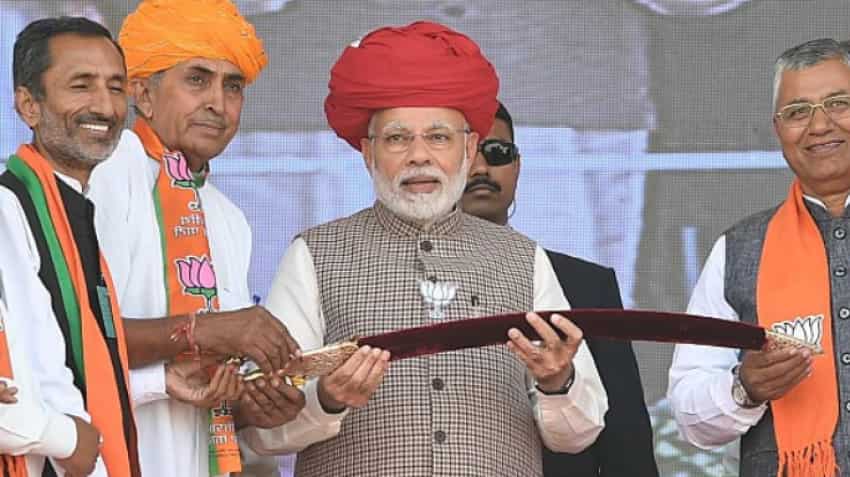 Shahpurkandi Dam on Ravi, Punjab: Prime Minister Narendra Modi-led Union Cabinet on Thursday approved the implementation of Shahpurkandi Dam Project in Punjab on river Ravi. The dam will benefit Punjab and Jammu and Kashmir while by minimising some of the water of the River Ravi flowing towards the Madhopur Headworks downstream on to Pakistan. Since this water was not being used by India, it was termed as wasted.

The government approved a Central Assistance of Rs. 485.38 crore (for the irrigation component) to be provided over five years from 2018-19 to 2022-23. In a statement on Thursday, the Central government said, "On completion of the project an Irrigation Potential of 5,000 ha in Punjab State and 32,173 ha in J&K State would be created."

The funding for Central Assistance to Shahpurkandi Dam project shall be made through NABARD. The project would be completed by June 2022. At present, some of the water of the River Ravi is flowing through the Madhopur Headworks downstream to Pakistan, whereas there is requirement for the same in Punjab and J&K. Implementation of the project would minimise the amount of unused water heading towards the neighbouring country, said the statement. Pakistan has been benefitting from it for decades.

"On completion of the project an additional Irrigation Potential of 5000 ha in Punjab State and 32173 ha in J&K State would be created. In addition, water being released to provide irrigation in 1.18 Lac ha area under UBDC system in Punjab would be managed/regulated efficiently through this project and the irrigation in the area would be benefitted. On completion, Punjab would also be able to generate 206 MW of hydropower."

Under the Indus Waters Treaty, which was signed between India and Pakistan in 1960 for sharing of Indus waters, New Delhi has got the full rights for utilization of waters of the three Eastern Rivers namely Ravi, Beas and Satluj.

In January 1979, a bilateral agreement was signed between Punjab and J&K. As per the agreement, construction of Ranjit Sagar Dam (Thein Dam) and Shahpurkandi Dam were to be taken up by Punjab Government. The Ranjit Sagar Dam was commissioned in August, 2000.

Shahpurkandi Dam project was initially approved by the Planning Commission during November, 2001.