As many as 29 companies are likely to report their Q3 results today. These include HDFC Bank, ITC, IDFC Bank, Kotak Mahindra Bank, Reliance Industries and Wipro among others. 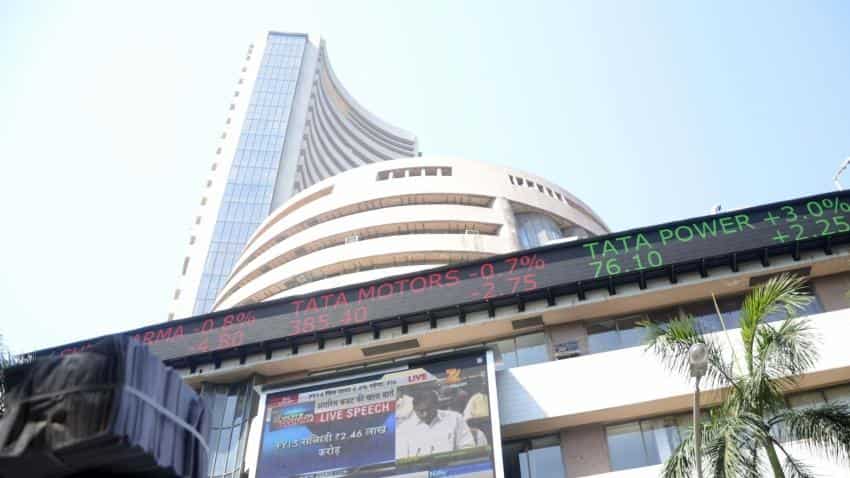 Bharti Airtel was the top loser on Sensex and shed nearly 2 per cent to Rs 485 on the BSE. Image source: IANS
Written By: ZeeBiz WebTeam
RELATED NEWS

The domestic market opened marginally higher on Friday as Asian markets edged higher and were within reach of record highs, although losses on Wall Street slowed the advance.

"Going ahead, 10,850-10,880 would be seen as intraday resistance; whereas a sustainable move below 10,780 would lead to some weakness. Hence, as suggested earlier, traders are
advised to remain light on positions," said Angel Broking in a technical report.

In the broader market, the BSE Midcap and the BSE Smallcap indices underperformed to lose up to 0.2 per cent.

Bharti Airtel was the top loser on Sensex and shed nearly 2 per cent to Rs 485 on the BSE after the telecom major reported a 39% drop in its consolidated net profit to ₹305.8 crore for the quarter ended December 31, mainly on account of reduction in domestic interconnection charges.

YES Bank lent support to the indices and rallied over 2 per cent to Rs 349 after the private lender reported a growth of 22 per cent in its net profit at Rs 1,076.87 crore during the third quarter ended December 2017.'

Meanwhile, as many as 29 companies are likely to report their Q3 results today. These include HDFC Bank, ITC, IDFC Bank, Kotak Mahindra Bank, Reliance Industries and Wipro among others.

On the economic front, the GST Council on Wednesday cut tax rate on 29 goods, including second-hand vehicles, confectionery and bio-diesel, while veering around to simplifying return filing process for businesses.

Overnight, US stocks saw the strong upward move, while the major averages moved to the downside after ending Wednesday's trading at record closing highs. The Dow Jones ended on a downside front of 0.4% at 26,018 and the Nasdaq Composite edged up to 7,296.