Sensex today: Sentiments remained upbeat after the Meteorological Department on Monday forecast that the country will receive "normal" monsoon rainfall this year, raising hopes of higher farm output and a boost for the rain-dependent rural economy. 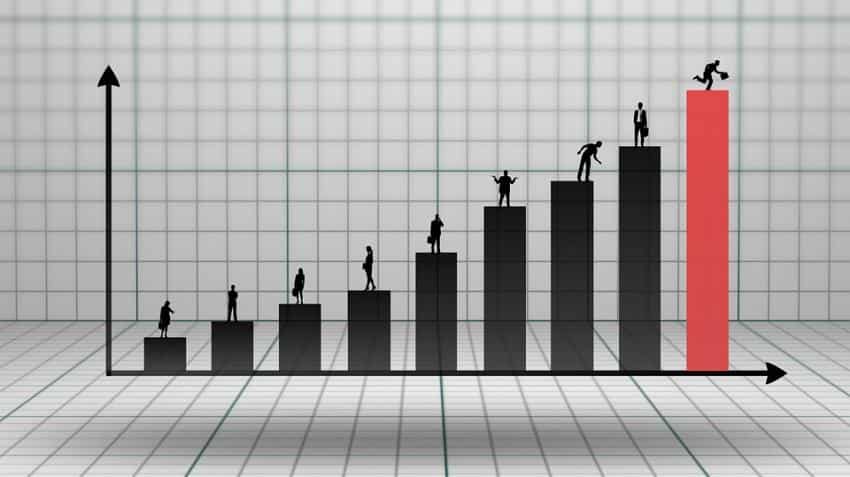 The Sensex and Nifty extended gains for the ninth straight session on Tuesday as sentiment turned positive thanks to normal monsoon forecast and positive trend in Europe. This was the longest winning run since September 2014. The Sensex settled at 34,395, up 89.63 points, while the broader Nifty50 ended at 10,548, up 20.35 per cent. The Sensex has gained 1,286.36 points in the last eight sessions.

In the broader market, the BSE Midcap and the BSE Smallcap gained 0.3 per cent each. Market breadth, indicating the overall health of the market, turned positive. On the BSE, 1,399 stocks gained, 1,248 stocks declined, while 156 stocks remained unchanged.

Sentiments remained upbeat after the Meteorological Department on Monday forecast that the country will receive "normal" monsoon rainfall this year, raising hopes of higher farm output and a boost for the rain-dependent rural economy.

"Market remains in a trading range led by normal monsoon forecast and positive earnings expectation. However, underlying caution ahead of state election and volatility in crude price refrained the market from a decisive up move. IT index slid despite a weak rupee as Infosys lowering of margin guidance for FY19 added concerns in the mind of investors," said Vinod Nair, Head of Research, Geojit Financial Services.

Stocks of jewellery and ornament makers sparkled ahead of 'Akshya Tritiya' on Wednesday, considered as an auspicious for buying gold and other precious metals.

European markets edged higher as sentiment regarding tensions between the US and Russia eased up with attention shifting to the first-quarter earnings season and deal-making. The pan-regional STOXX 600 index was up 0.1 per cent, while other European benchmarks were also trading in positive territory, catching up slightly with a strong close on Wall Street.

Data from China however gave a mixed picture of the country’s economic health as growth hit a welcome 6.8 percent in the first quarter of 2018 but separate figures showed March industrial output missed expectations.