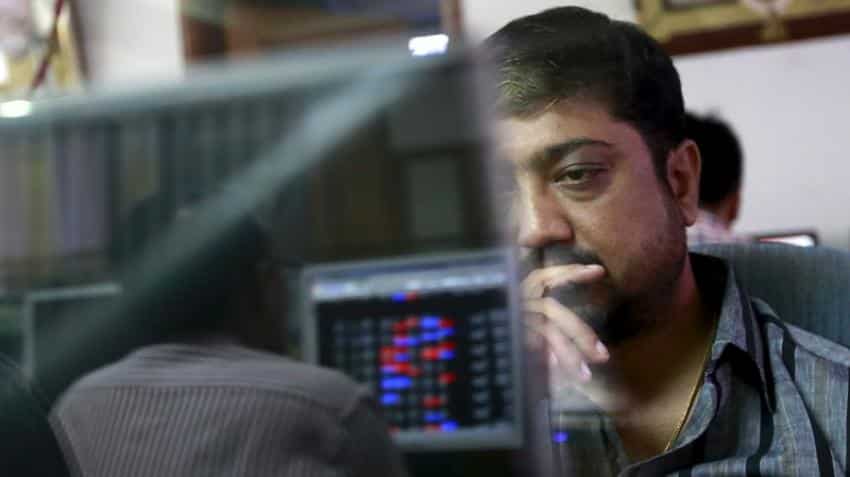 The Sensex and Nifty pared initial gains to settle lower as cautious investors trimmed their portfolios amid the Reserve Bank of India's monetary policy meeting getting underway. A crash in index heavyweights such as HDFC Bank and Bharti Airtel also contributed to the losses.

"Market erased early gains despite positive momentum in global market as investors are gradually factoring a rate hike ahead of RBIs monetary policy. As result season is over, market participants are keen on macros, the movement of oil price and rupee will remain the key trigger. On the other hand, the tailwinds caused by prognosis of good monsoon and uptick in economic activity in Q4FY18 will boost consumption led story and rural economy," said Vinod Nair, Head of Research, Geojit Financial Services.

The RBI's Monetary Policy Committee began its three-day meeting today amid speculation that it may hike the key interest rate on June 6 for the first time in about four-and-half years on account of firming inflation.

Among individual stocks, Bank of Baroda slid 4 percent after reports the government was considering the merger of at least four state-run banks. The four banks are Bank of Baroda, IDBI Bank, Oriental Bank of Commerce and Central Bank of India.

Deep Industries slumped nearly 20 per cent after the company said the federal police registered a case against 13 officials of Oil and Natural Gas Corp and Deep after ONGC`s vigilance department filed a complaint regarding a contract with Deep.

IDBI Bank dropped as much as 6.3 per cent on Monday to Rs 59.70, its lowest since May 21 after the government named IDBI Bank’s CEO Mahesh Kumar Jain as RBI deputy governor for three years.