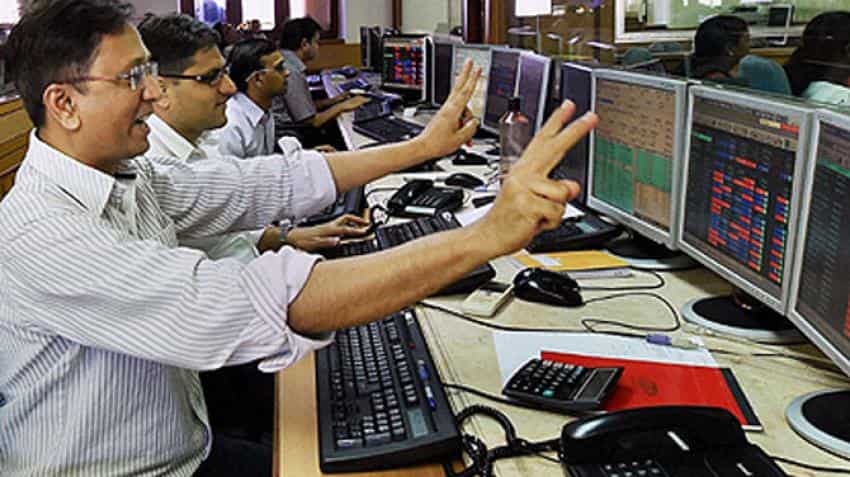 The Sensex and Nifty rebounded in Thursday's session with the Sensex logging its biggest single session gain since April 5. The rally was led by robust gains in IT, banking, metal and pharma stocks amid mixed global cues.

In the broader market, the BSE Midcap and the BSE Smallcap indices underperformed to slip 0.2 per cent and 0.1 per cent, respectively.

"Market managed to end higher in a volatile trading session, taking cues from dovish Fed minutes and softening of crude oil prices. Besides, the report stating considerable rise in direct tax collection in the last financial year further boosted the sentiment. Initially, IT majors pushed the benchmark higher which later joined by others in the second half. However, pressure remained on broader front as a result both midcap and smallcap index ended lower," said Jayant Manglik, President, Religare Broking.

"Today's sharp rebound in Nifty was a bit of a surprise especially after the Wednesday's fall and that caught bears completely off-guard. However, it's too early to call this bounce as reversal and thus advise waiting for confirmation before jumping into a trade. Private banks, IT and FMCG counters should be preferred for buying while further recovery in PSU banks and metal would attract fresh shorts," Manglik added.

On the Nifty, the top gainers were Infosys, Bharti Airtel and TCS. The major losers were ONGC, Tata Motors and Grasim Industries.