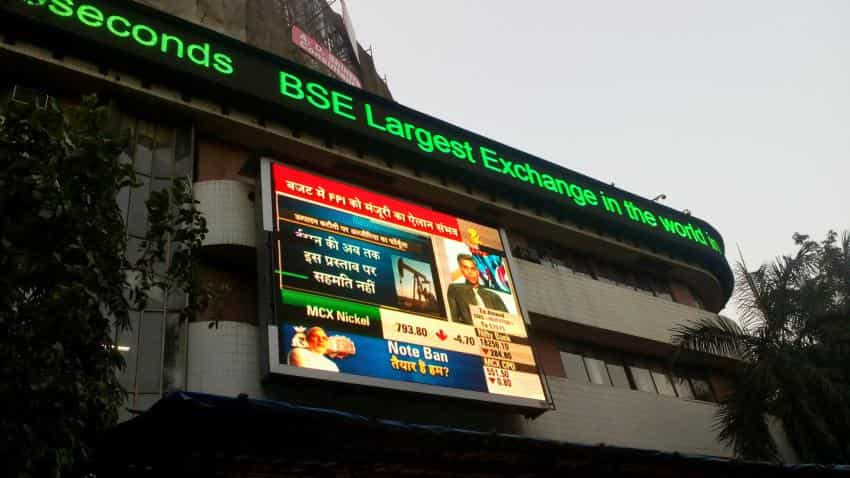 The domestic markets on Wednesday opened in red after Securities and Exchange Board of India (SEBI) on Tuesday restricted 331 companies from trading.

The markets continued to plunge post Sebi asked the exchanges to restrict trading in shares of 331 such companies, some of which have investments by several well-known domestic and foreign investors.

Motilal Oswal in its daily Market Outlook report said, "Nifty index failed to hold above 10080 even after its struggle of last four sessions and corrected sharply towards 9947 mark. It formed a Bearish Candle on the daily chart and registered a lowest daily close in last ten trading sessions. Now a hold below 9980 could take it towards 9950 and 9928 zones while on the upside resistances are placed at 10050 and 10080 zones. Index has recently corrected from 10137 to 9950 zones and if major support of 9928 is broken then short term trend may turn negative."

"Domestic markets saw correction with midcaps taking a beating in particular. Real estate was the worst loser with the index losing over 4 percent. Pharma continued to be weak. SEBI crackdown on shell companies led to volatility in mid-caps," the report added.

Shares of Tata Motors, Eicher Motors, Nalco, Aurobindo Pharma, Thomas Cook will be in focus as these companies are set to announce financial results for the quarter ended on June 30.

On global front, as per Reuters, Asian shares and US stock futures slipped and investors piled into havens such as U.S. Treasuries, gold and the yen as tensions on the Korean peninsula escalated, with Pyongyang saying it is considering plans to attack Guam.