The negative streak of over one week for the US markets finally ended and the political stability helped US index closed green. 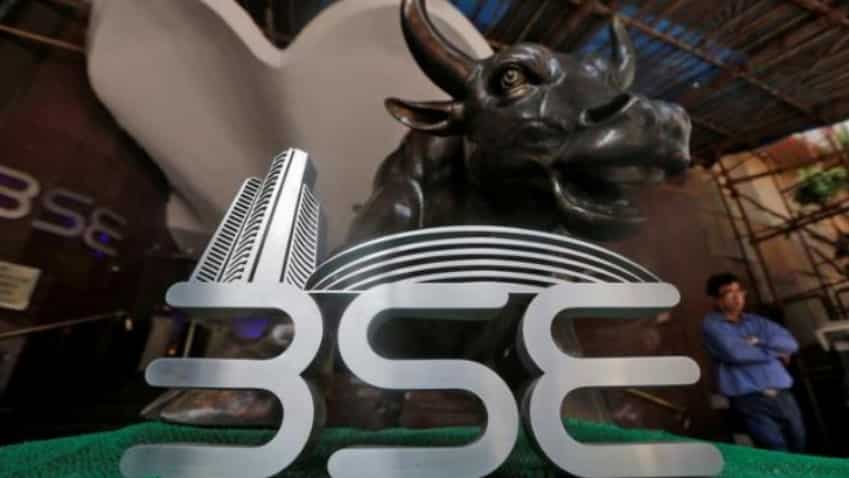 The retail IT metal and banking shares are also trading in green.Reuters
Written By: ZeeBiz WebTeam
RELATED NEWS

The negative streak of over one week for the US markets finally ended and the political stability helped US index closed green.

A positive opening was expected as the global markets have strengthened. The Dow Jones surged 1086 points or 5 per cent to 22,878 while SGX nifty rallied 0.25 per cent for a level of 10,794. Nasdaq closed with a 5.84 per cent jump. The recovery of IT, retail and energy shares acted as major contributors.

The positive news from the US, as according to the economic adviser of Donald Trump, the job of Jerome Powell, chair of Federal Reserve and Steven Mnuchin, the treasury secretary, is 100 per cent safe. Crude climbs 8 per cent on Wednesday, highest jump in the last two years.

Bank of Maharashtra: Nod to liquidity infusion of 4500 crores possible.

Tata Power: LIC sells 2 per cent stakes in the company.

HUL: The company will fight legally against GST authority's accusation of profiteering in GST.

SBI life: Carlaile and GIC to buy 10 per cent stakes in the company for 5200 crores.

In us, the giant retailer, Amazon believes, This is the best holiday season for retail companies in the last 6 years. Amazon and Apple surged 9 per cent and 7 per cent respectively on Wednesday.

Strong opening of Asian markets, will likely to help Indian markets in the Thursday's session.

If Nifty hits the upper target of 10,800, the market will likely to get stronger in the coming weeks. Rupee appreciation, the US political issues, the contribution of auto, IT, infrastructural, metal could drive the national indices towards higher brackets in upcoming sessions.

However, minor stability in the international markets or slight recovery can break the levels of 10,760 for Nifty50 in the session. Rupee appreciation, the US political issues, and contribution of auto, IT, infrastructural, metal could drive the national indices towards higher brackets in upcoming sessions.