Markets will remain volatile ahead of expiry of F&O derivatives monthly series on Thursday. 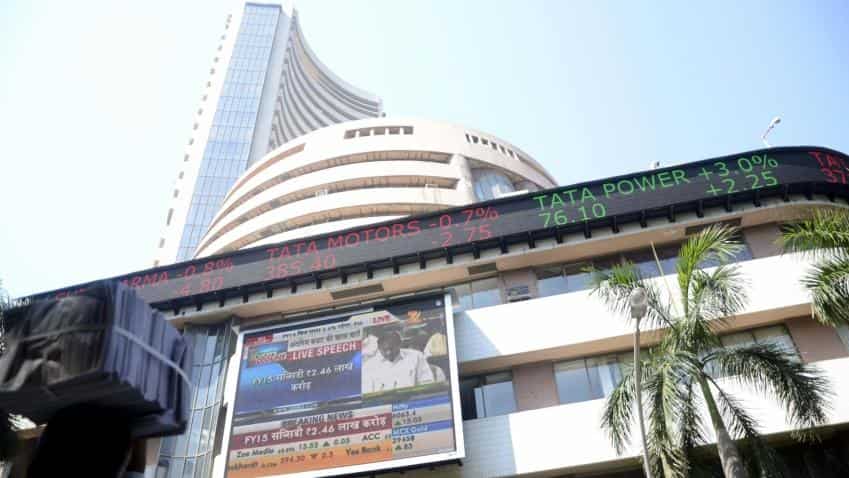 Markets will remain volatile ahead of expiry of F&O derivatives monthly series on Thursday.

Bharti Airtel: On Tuesday, Bharti Airtel had announced that it has completed the secondary sale of over 190 million shares of its subsidiary Bharti Infratel Limited representing 10.3% to a consortium of funds advised by KKR and Canada Pension Plan Investment Board (CPPIB) for a total consideration of over Rs 6,193.9 crore, executed at a price of Rs. 325 per share.

Post the closure of the deal, Bharti Airtel's equity holding in Bharti Infratel will stand at 61.7% and the consortium (KKR and CPPIB) will hold 10.3%.

The company further added that the name of the joint venture company between Britannia and Chipita would be ‘Britchip Foods Ltd’ with an estimated investment in phase I of Rs 100 crore.

Kotak Mahindra Bank: The Bank on Tuesday said that the board of directors has scheduled a Board Meeting on Thursday to consider raising of equity capital by the Bank through rights issue, private placement, follow-on Public Offering (FPO), Qualified Institutions Placement (QIP), Global Depository Receipts (GDR), American Depository Receipts (ADR) or through any other permissible mode or a combination thereof.

State Bank of India: State Bank of India, which would start merger process of five associates and Bharatiya Mahila Bank (BMB) from April 1, expects integration to be completed in three months, as reported by PTI.

"SBI has sought three-month time from RBI for merger. It should be done by that timeframe," SBI Managing Director (national banking group) Rajnish Kumar said here, the report said.

On global front, Asian shares inched ahead while the dollar and commodities rallied as investors shook off disappointment about U.S. President Donald Trump`s failed healthcare bill and focussed on an improving outlook for global growth, as reported by Reuters.

MSCI`s broadest index of Asia-Pacific shares outside Japan edged up 0.2% and back toward recent 21-month peaks. Japan`s Nikkei added 0.1%, having climbed over 1% the previous day, the report said.