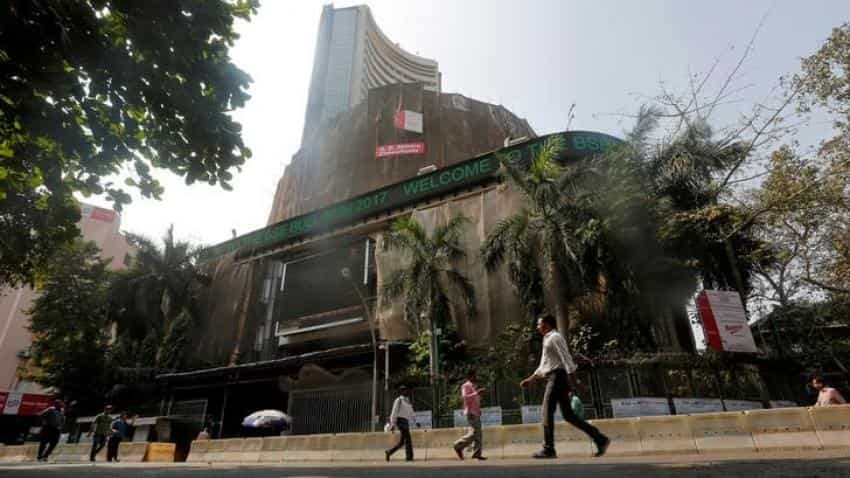 Investors will remain cautious ahead of services PMI data for the month of February. Photo: Reuters
Written By: ZeeBiz WebTeam
RELATED NEWS

Investors will also remain cautious ahead of services PMI data for the month of February. The Nikkei India Services Purchasing Managers' Index (PMI), which tracks services sector companies on a monthly basis, came in at 48.7 in January, from 46.8 in December 2016, signalling that the sector is heading towards stabilisation.

India`s biggest producer of aluminium and copper, is selling new shares to investors in a bid to raise up to Rs 33.37 billion ($500 million), according to deal term sheet seen by Reuters.

“We being entities forming part of the promoter group of Reliance Industries Limited (RIL) intend to acquire from other promoter group entities by way of ‘inter-se’ transfer aggregating up to 1,189,988,400 equity shares of RIL,” the company said in a BSE filing.

Banking stocks: In a bid to discourage cash transactions, banks like HDFC Bank, Axis Bank and ICICI Bank are levying a transaction fee of Rs 150 on deposit or withdrawal of cash from the savings accounts at bank branches beyond four to five times in a month.

The Confederation of All India Traders (CAIT) on Thursday strongly objected the decision.

On Global front, Asian stock markets were mostly lower, with MSCI's broadest index of Asia-Pacific shares outside Japan off 0.4% and Australia down 1%. Japan's Nikkei  eased just a fraction, with a weaker yen helping limit the losses, as reported by Reuters.

A chorus line of Fed officials singing of the need for higher rates has seen the implied probability of a move this month shoot to 74%, from just 30% at the start of the week.

Fed Chair Janet Yellen and Vice Chair Stanley Fischer are both due to speak later on Friday and are expected to stick to the same tune, the report added.