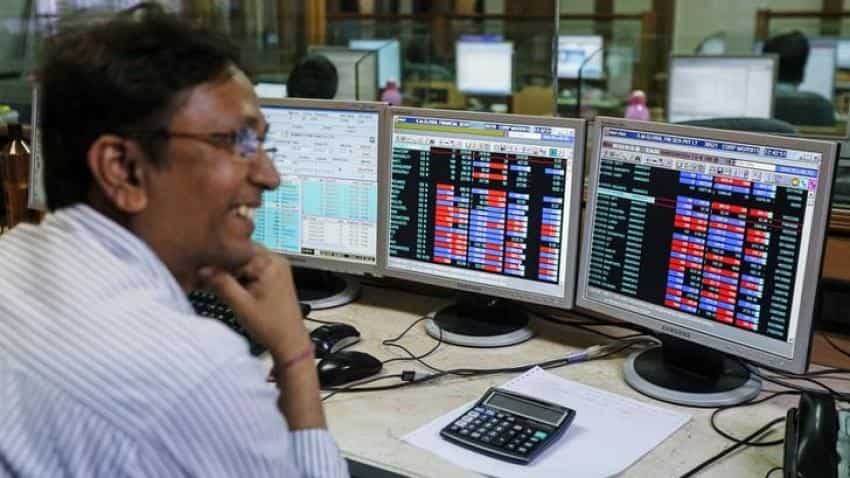 Lowest return has been given by Japan's Nikkei which was just 0.29%. Photo: Reuters
Written By: ZeeBiz WebTeam
RELATED NEWS

Nifty ended steady on Friday as investors booked profits, but posted its third consecutive monthly gain as well as the best quarter in almost three years.

Equity markets have been the most volatile in this financial witnessing a lot of ups and downs. Despite all the turbulance, domestic markets gave maximum returns in one year as against other global indices. 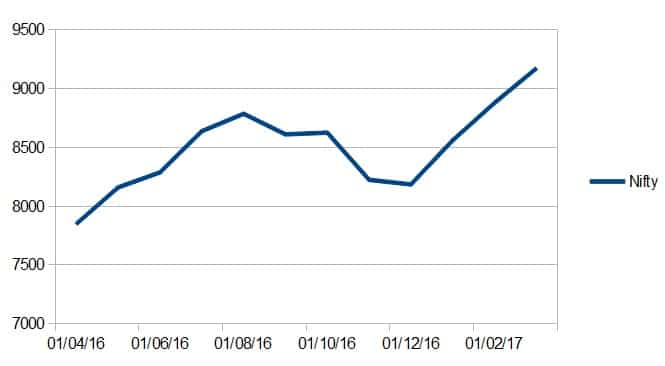 Comparing it with other global indices according to Axis Bank research report: 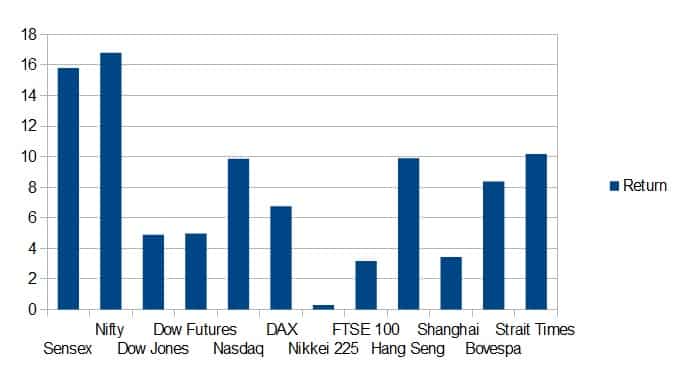 Clearly, Indian indices have given more returns. Lowest return has been given by Japan's Nikkei which was just 0.29%.