In the broader market, the BSE Midcap and the BSE Smallcap indices shed 0.5 per cent and 0.9 per cent, respectively. 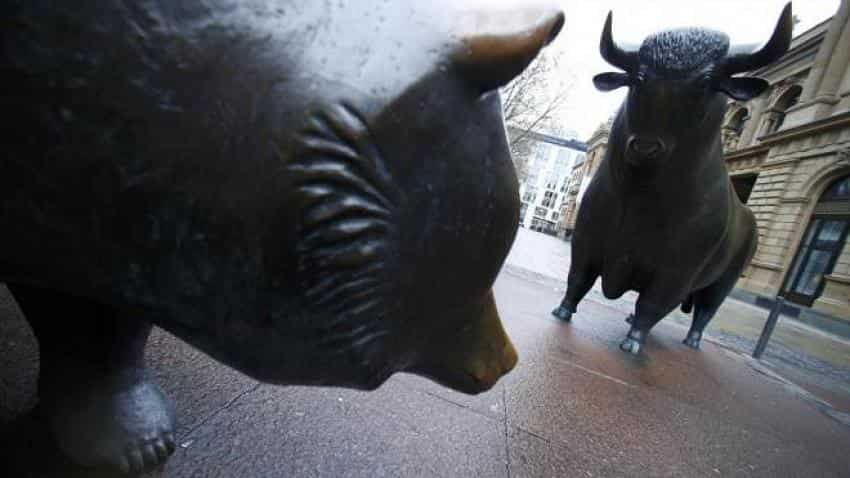 Among individual stocks, SBI, GAIL and Tech Mahindra rallied the most on the Nifty. Image source: Reuters

The benchmark indices settled flat on Wednesday, but eked out record highs on closing basis with IT stocks boosting the indices while broader gains were capped by profit-booking in other heavyweights.

In intraday trade, both the indices scaled new peaks for a sixth consecutive session, but pared gains as the session progressed.

In the broader market, the BSE Midcap and the BSE Smallcap indices shed 0.5 per cent and 0.9 per cent, respectively.

"Market took a pause after touching a new high whereas some heavy weights witnessed volatility ahead of F&O expiry tomorrow. Earnings upgrade is more likely after seeing the initial set of results but rich valuation and upcoming economic events may interrupt aggressive buying. Meanwhile, investors are gradually shifting focus to defensive sectors like IT and pharma due to a revival in outlook and safe haven asset like gold," said Vinod Nair, Head of Research, Geojit Financial Services.

Sectorally, the Nifty IT index rose as much as 3.9 per cent to hit a record high and logged its seventh session of gains. Infosys contributed the most to the rise, climbing as much as 3.7 per cent.

Among individual stocks, SBI, GAIL and Tech Mahindra rallied the most on the Nifty.

Meanwhile, investors booked profits in market heavyweights such as Reliance Industries, which fell as much as 2.1 per cent after gaining in the last three sessions. ICICI Bank fell 2.6 per cent, after rising in seven of the last eight sessions.

Bharti Airtel led losses on the Nifty, falling 7 per cent. Idea Cellular fell as much as 5.7 per cent while Reliance Communications slipped over 2 per cent.

Overseas, European markets were trading into the red as investors digested fresh corporate news, while keeping an eye on political developments. Wall Street scaled new heights overnight on the back of US President Donald Trump’s tax cuts, which will see JP Morgan implement a $20 billion investment plan.

But MSCI’s broadest index of Asia-Pacific shares outside Japan eased 0.2 per cent, having jumped 1.2 per cent on Tuesday to an all-time peak.