Sensex, Nifty at record highs ahead of Economic Survey 2018

The Economic Survey is the ministry's view on the annual economic development of the country, and will set the tone for the Budget 2018, to be unveiled on February 1. 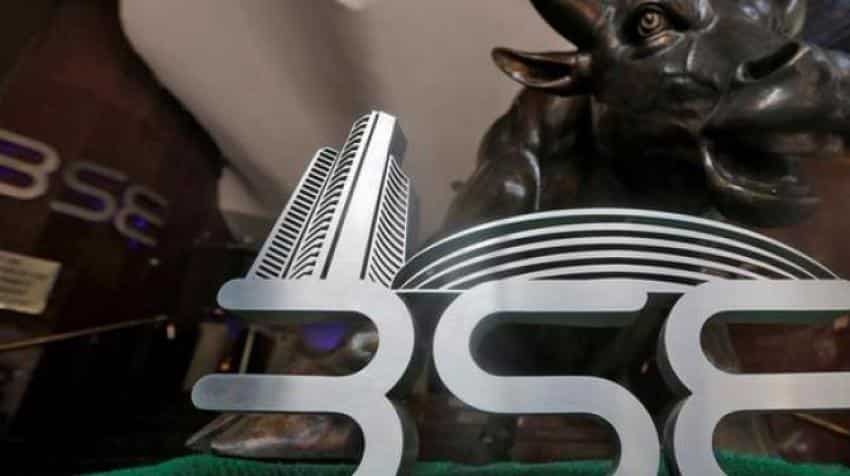 All the sectors were trading in green with the Nifty Metal and Nifty Realty leading the chart among NSE indices. Image source:
Written By: ZeeBiz WebTeam
RELATED NEWS

The domestic market opened at record high with the Nifty crossing 11,100 mark ahead of The Economic Survey, to be tabled in both houses of Parliament later in the day as the budget session commences today.

The Economic Survey is the ministry's view on the annual economic development of the country, and will set the tone for the Budget 2018, to be unveiled on February 1.

In the broader market, the S&P BSE Midcap and the S&P BSE Smallcap indices added 0.4 per cent and 0.6 per cent, respectively.

All the sectors were trading in green with the Nifty Metal and Nifty Realty leading the chart among NSE indices.

Among individual stocks, Eicher Motors (up 4.5 per cent), Maruti Suzuki (up 3.3 per cent), and Indiabulls Hosuing Finance (up 3 per cent) were the top gainers on Nifty, while Dr Reddy's (down 4 per cent), Bharti Airtel (down 2.6 per cent) and HPCL (down 2 per cent) shed the most.

The Finance Minister will present the Union Budget 2018 for the fiscal year 2018-19 on February 1.

This will be the first Budget in the post- GST (Goods and Services Tax) era and the last full budget from Jaitley before the general election in 2019.

Investments in domestic capital markets through participatory notes (P-notes) surged to a six-month high of over Rs 1.5 lakh crore at December-end despite stringent norms put in place by regulator Sebi to check their misuse.

According to Sebi data, the total value of P-note investments in Indian markets -- equity, debt, and derivatives -- increased to Rs 1,52,243 crore at December-end from Rs 1,28,639 crore at the end of November.

This is the highest level since June when the cumulative value of such investments stood at Rs 1.65 lakh crore.

Of the total investments in November, P-note holdings in equities were at Rs 1.2 lakh crore and the remaining in debt and derivatives markets.

The revenue collections under Goods and Services Tax (GST) recorded an increase in December after falling in October and November.

The Ministry of Finance informed on Thursday that the total revenue collections under GST for the month of December 2017 amounted to Rs 86,703 crore, till 24th January, 2018.

Asian shares extended their bull run on Monday amid upbeat corporate earnings and strong global economic growth, while the dollar tried to bounce even as the White House continued to complain of "unfair" trade practices by competitors.

MSCI's broadest index of Asia-Pacific shares outside Japan added 0.4 per cent, aiming for a 12th straight session of gains. It is up 8 per cent for the year so far.
Japan's Nikkei rose 0.5 per cent as the yen eased a little, while South Korea notched a record.