Sensex gains most since July 2017; inflation, global cues among four reasons why 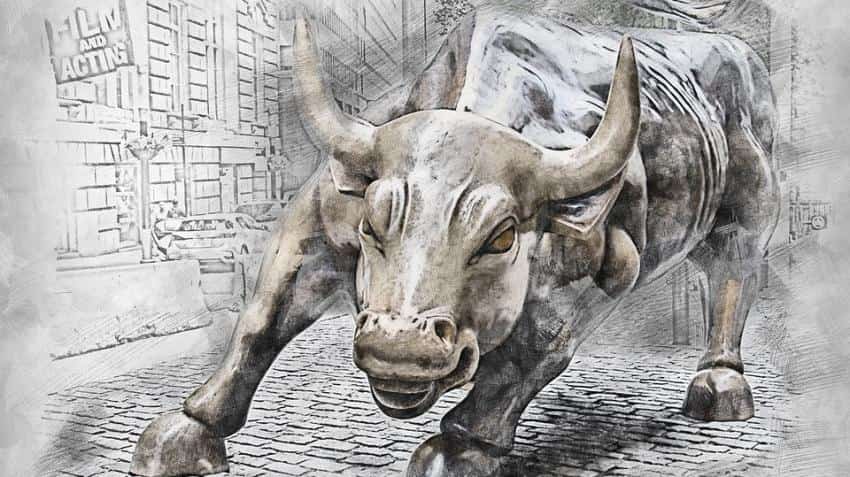 Sensex today: The Nifty index, which has been on a downswing since the beginning of February, found support at its 200-day simple moving average last week. Image source: Pixabay

Sensex today: The benchmark indices had a marvellous Monday with the Nifty50 reclaiming its crucial 10,600 mark, logging best gains in last one year ahead of consumer price index (CPI)-based inflation data due later in the day. The Sensex also gained the most since July 2017. A rally in global markets after a US jobs report assuaged fears around inflation and faster rate hikes, also contributed to the gains. The Sensex settled the day at 33,917, up 610.80 points, while the broader Nifty50 ended at 10,421, up 194.55 points. In the broader market, the BSE Midcap and the BSE Smallcap indices 0.7 per cent, and 0.6 per cent, respectively.

"It has been an exceptional day for equity markets as Nifty gained nearly two per cent and reclaimed 10,400. It opened gap up, tracking firm global cues and traded range bound in the first half. However, short covering in the latter half triggered fresh momentum in the latter half and almost all the sectoral indices participated in the move,"  said Jayant Manglik, President, Religare Broking.

"It was indeed a surprise up move but sustainability above 10,400 will be crucial for further recovery. Participants will react to macro-economic data i.e. IIP and CPI inflation in early trade tomorrow. We suggest traders limiting leveraged positions and continuing with stock specific trading approach," he added.

CPI inflation is expected to ease to a four-month low in February on softening prices for vegetables and other perishable foods, but will probably stay above the Reserve Bank of India’s target, a Reuters poll showed. Along with recent news that India in late 2017 was the world’s fastest-growing major economy, this may bring some comfort to policymakers in a delicate balancing act between rising price pressure and letting economic activity rip.

The annual increase in the consumer price index, the main measure of inflation in India, likely slipped to 4.80 per cent in February from 5.07 per cent the previous month, according to the poll of 30 economists. The forecast range was 4.36-5.60 per cent.

Global shares rallied after US data showed non-farm payrolls jumped from last month, but annual growth in average hourly earnings slowed after a spike in January, easing fears of inflation and speculation the Federal Reserve would project four rate hikes instead of the current three.

European shares shot up across the board, following their Asian counterparts, while emerging market currencies strengthened as investors bought up so-called riskier assets and sold “safe haven” securities such as gold and government bonds. Germany’s DAX led gains in Europe, rising 0.9 per cent, and MSCI’s world equity index, which tracks shares in 47 countries, hit a two-week high. Earlier, MSCI’s index of Asia-Pacific shares outside Japan climbed 1.3 per cent, poised for a third session of gains. South Korea rose 1 per cent, while Australia’s main index added 0.7 per cent, boosted by mining shares on news that Australia could be exempt from new US trade tariffs on steel and aluminum imports.

The Nifty index, which has been on a downswing since the beginning of February, found support at its 200-day simple moving average last week. The Relative Strength Index (RSI) has bounced back from an oversold zone in the past week, which suggests a reversal in trend. "Nifty was seen bouncing off the 200-day moving average in anticipation of good IIP numbers," said Anand James, Chief Market Strategist, Geojit Financial Services.

Strong gains in index heavyweights such as Bharti Airtel, ITC and Infosys boosted the rally. Bharti Airtel rallied nearly 5 per cent to Rs 420.75 after NCLT approval for scheme of amalgamation between Telenor and Airtel. Cigarette maker such as ITC rose after the GST Council left taxes levied on cigarettes intact at its meeting on Saturday.