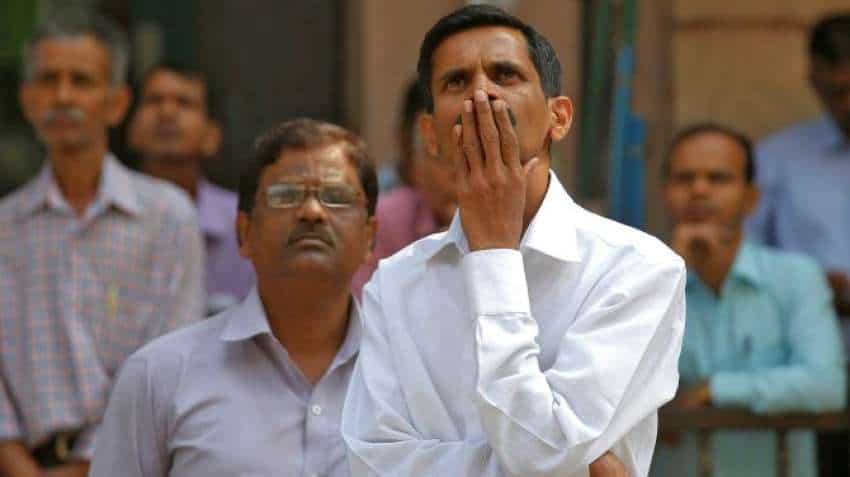 The Sensex and Nifty pared all gains to end lower on Thursday, dragged by index heavyweights such as ITC and Larsen & Toubro, as caution prevailed amid lingering concerns over the ongoing trade war between the United States and China.

"Nifty stayed directionless for yet another day and settled marginally lower however decline continued on broader front. It opened with an uptick but weak global markets combined with lack of any trigger on local front gradually pushed the index lower. Mostly sectoral indices traded in line with the benchmark and ended lower," said Jayant Manglik, President, Religare Broking.

"We're just seeing balancing act wherein few index majors pitch in and help Nifty to sustain at higher levels. On the other hand, continuous underperformance of broader market has soured the sentiment. In such scenario, traders should prefer pair trades or focus more on index majors. With no major domestic event lined up ahead, we feel global cues would continue to dictate our market trend," he added.

The top gainers on the Sensex were ICICI Bank, Reliance Industries, HDFC and Tata Motors whereas Mahindra and Mahindra (M&M), ONGC, Power Grid, and State Bank of India were the major losers.

On the NSE, IOC, BPCL, HPCL and ICICI Bank were the highest gainers while Mahindra & Mahindra, Bharti Infratel, Dr Reddy's Lab and Titan lost the most.

Overseas, simmering trade and political tensions weighed on European and world shares, while oil prices were under pressure ahead of an OPEC meeting that could boost the global supply of crude.

Early gains on Europe’s main bourses were wiped out after about an hour and Wall Street futures also turned lower, as the jitters that have dominated markets for months began to return.

Asia had been mixed too, with Japan's Nikkei adding 0.6 per cent and Australia's main index enjoying another strong day.

China finished over 1 per cent lower again, while MSCI's broadest index of Asia-Pacific shares outside Japan ended down 0.6 per cent having been as much as 0.5 per cent higher at one point.