SEBI’s framework on 25% borrowing via corporate bonds for large cos is going to be an important instrument in future: Dinesh Khara, SBI 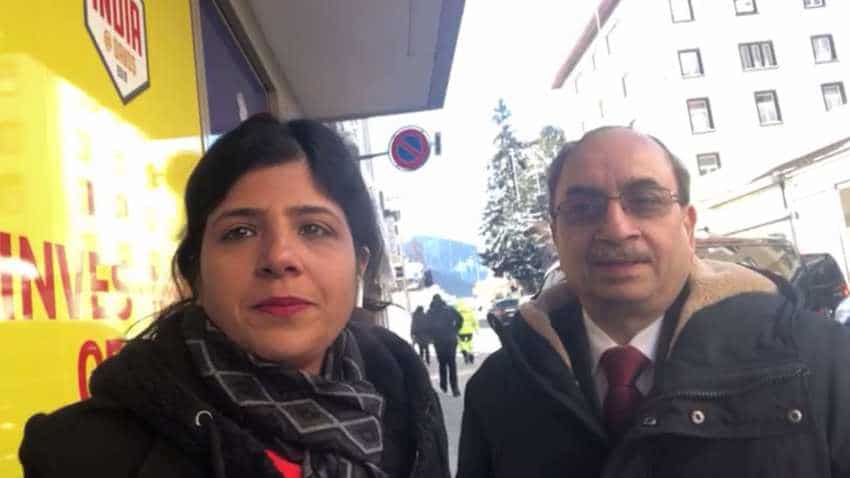 Dinesh Kumar Khara, Managing Director, SBI, spoke about India’s growth story amid these global uncertainties, liquidity concerns and recovery from stressed assets among others during an interview with Swati Khandelwal, Zee Business, on the sidelines of 2019 World Economic Forum in Davos. Edited Excerpts:

Q: IMF’s in its latest outlook says that no-deal Brexit and US-China trade war are the biggest risks for the growth of the global economy in 2019. What is your view on India’s growth story amid these global uncertainties?

Q: India is in a better spot to some extent?

A: India is in a contrarian bet.

Q: There are concerns related to the availability of liquidity in the system. What is your take on it? Also, do you think that it is a time when the reserve bank should slash the rates?

A: Reserve Bank is taking steps to tackle the problem associated with liquidity stress that is visible in the system. Apart from this, the durable liquidity will be addressed through FDI. Currency stability will help India to be a major vehicle to attract foreign investment and this currency stability will depend on the stability of the crude prices.

Q: Do you think that enough liquidity is available in the market, if yes, are you willing to fund big projects?

A: Working capital of the projects can be funded by the bankers while term lending needs can be funded to some extent. But, such large projects should have a depth in the debt capital market. However, SEBI in its recent notification suggested that AA and AAA rated entities, who want to borrow a fund of Rs100 crore or more, will have to raise 25 per cent of its incremental borrowing by way of issuance of debt securities. The notification will bring new papers in the market and increase the market depth. I feel it is going to be an important instrument to fund the growth in days to come.

Q: Do you think it is the right time to go for a rate cut?

Q: My next question is related to recovery from stressed assets like power sector that is struggling to come out yet. Let us know about your concerns on stressed assets as you are one of the biggest lenders to the sector? Also, provide your outlook on the same?

A: India didn’t have an ecosystem to support the NCLT process at the time when it was launched against impaired assets, but such an ecosystem has been created after the process was put in place. There was a time when it seemed that those assets will not have a value, but its creation has brought several potential buyers in the picture. When it comes to asset valuation than it can be reached if the potential buyer and the seller are on the same page.  In the recent past, we have seen a trend where a number of potential buyers are available in the market.  As far as power assets are concerned, we have received favorable biddings for certain power plants and have received a reasonable price for that.

On the other hand, the banks have also improved their provision coverage ratio, which has improved the banks’ ability to maintain sustainable debt and right-off the unsustainable debts. I feel these assets that have been created over years will be able to find right buyers. That will eventually help the banks in getting value for those assets.

Q: Do you think that the worst is behind in case of the banking sector?

A: That is for sure.