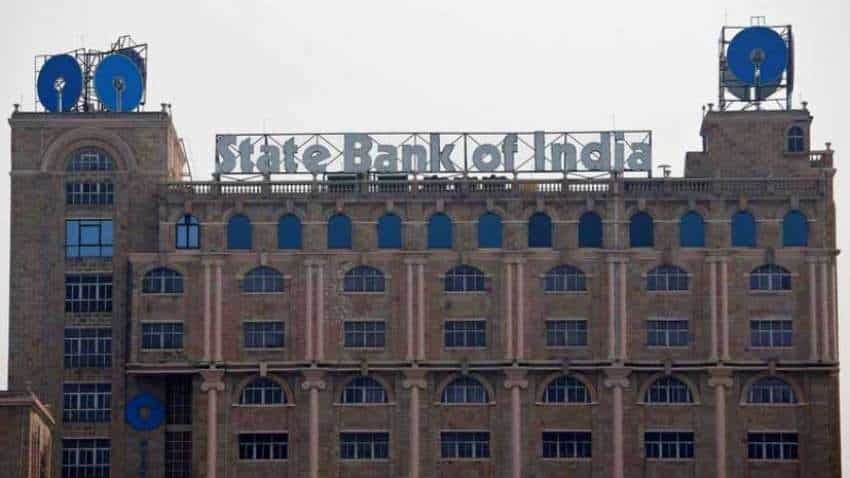 SBI share price: CLSA says PSU banks have lost market share to private banks, however SBI has gained or maintained its share in retail assets. Also, it says SBI has been able to defend or gain share versus private banks when compared to other PSU banks. State Bank of India is Macquarie's top pick in PSU space, as it believes the valuations are extremely cheap at current levels. Also, core operating profit growth over the next three years is expected to be around 16% driven by cost efficiencies. HSBC says SBI has an extremely strong balance sheet in an uncertain climate. It says normalisation in credit costs and RoA are key catalysts for SBI.

CLSA says it is comfortable on SBI asset quality and disclosures and hence the brokerage has increased its target price to Rs 310 from Rs 270.

CLSA believes SBI presents a deep value opportunity as the bank is relatively better positioned on asset quality post-Covid-19, driven by high government/PSU share in loan book; Unlike PSU peers, SBI has been able to defend/gain share versus private banks. Also, Yes Bank’s bailout balanced minority and national interest well and removes a key risk. SBI subsidiaries are best in class in their segments and should remain steady compounders.

State Bank of India is better positioned than larger peers in terms of Covid-19 asset quality hit as its share of government / PSU employees is disproportionately large with:
(1) 40% of domestic corporate loans
(2) Two-thirds of mortgages
(3) More than 90% of personal loans
(4) Most overseas corporate loans coming from the PSU / government sector (resilient cash flows).

This has led to better-than-expected morat-2 performance and drives management comfort on current CET-1. We factor in 4% credit costs in FY21-22; there could be a positive surprise to our estimates.
State Bank of India Gained / maintained share across metrics in the last decade

SBI is government-owned; this reflects in sticky cost ratios and faster monetary transmission. But unlike peer PSU banks that have lost share to private banks, SBI has gained or maintained share in retail assets, CASA (current account and savings account), overall loans, and deposits through the last decade, leading to more than a 10% CAGR in core PPOP in the past 5-10 years.

While SBI is perceived as a lender of last resort, Yes Bank’s bailout demonstrates the ability of the government and SBI to balance national interest versus minority interest. SBI’s Rs 78 bn investment was about 30% of capital infused in Yes Bank and about 4% of its net worth while even private banks put in 1-2% of their net worth.

All SBI subsidiaries have compounded by a 25-40% CAGR over the last 3-5 years and have become market leaders, driven by SBI’s distribution strength. Subsidiaries explain more than 60% of the current price and 40% of target price should continue to compound at a fast pace. Subsidiaries contribution also ensures that capital raising is not book-dilutive like other PSUs.

Macquarie maintains outperform rating on SBI, raises target price to Rs 270 to factor in higher valuation of subsidiaries. SBI is Macquarie’s top pick in PSU space, as they believe the valuations are extremely cheap at current levels.

Macquarie is building around 720 bps of credit costs over the next three years (FY21E-23E) which they believe is adequate as of now. Unlike the last cycle where large chunky corporate assets went bad where SBI had a very large exposure, this cycle the exposures are likely more granular. The credit costs over FY17-20 were around 1070 bps when bulk of corporate assets went bad. Also, core operating profit growth over the next three years is expected to be around 16% driven by cost efficiencies.

On a standalone basis, SBIs earnings estimates are 16-22% below consensus for FY21-23E possibly due to higher credit costs that we have built in.

State Bank of India Well Capitalised; not building any capital raising as of now:

SBI’s CET1 (Common Equity Tier I) is 10%+ which is comfortable as of now. Though private sector peers are at around 15-16%, SBI is unlikely to operate at high levels of CET1 being a PSU bank. Macquarie hasn’t factored the Rs 200 bn capital raise that the bank has announced.

State Bank of India ROA target of 1% will remain elusive:

In the last 25 yrs SBI has generated ROA of 1% only thrice and that too on the back of massive treasury gains. Macquarie factors in a sustainable ROA of 80 bps into their numbers. Our FY23E ROA is only 60 bps.

HSBC maintains buy rating on SBI with a target price of Rs 285.

HSBC thinks SBI’s valuation discount is not justified by past asset quality performance and even near-term outlook. SBI has an extremely strong balance sheet (provisions, liquidity, liabilities and capital consumption) in an uncertain climate.

SBI valuation is at a huge discount to most direct private sector peers (ICICI Bank / Axis Bank) and closer to much weaker PSU peers. SBI’s past relative asset quality performance to peers, near-term outlook and balance sheet buffers do not justify the valuation discount.

SBI’s sharp valuation discount to peers is generally attributed to government ownership and associated risk in credit underwriting. However, long-term data show that SBI’s asset quality performance has in fact been similar, if not better, than that of its direct private sector peers and far superior to other state-owned banks. SBI has structurally stronger governance and management at SBI vs other PSU banks and no less than that at comparable private sector banks.

In the near term, banks will be navigating through defaults/restructuring arising from COVID-19-related stress. SBI’s position on loans under moratorium is favourable compared to its peers (other larger Banks and NBFCs).

In the medium term too, as economic growth stays tepid, SBI’s strong balance sheet stands it in a good stead. The bank has made conservative provisions, liquidity and liabilities position is healthy.  The past relative asset quality performance and near-term outlook highlight significant resilience in the franchise. Balance sheet buffers place the bank well in an uncertain economic outlook. Normalisation in credit costs and RoA are key catalysts.

A weaker-than-expected recovery in the economy and stress for SME/agri customers are key risks.