The SBI Ecowrap research report from the State Bank of India’s Economic Research Department in its latest edition has asked - Time for RBI to lean with the wind in the foreign exchange market? 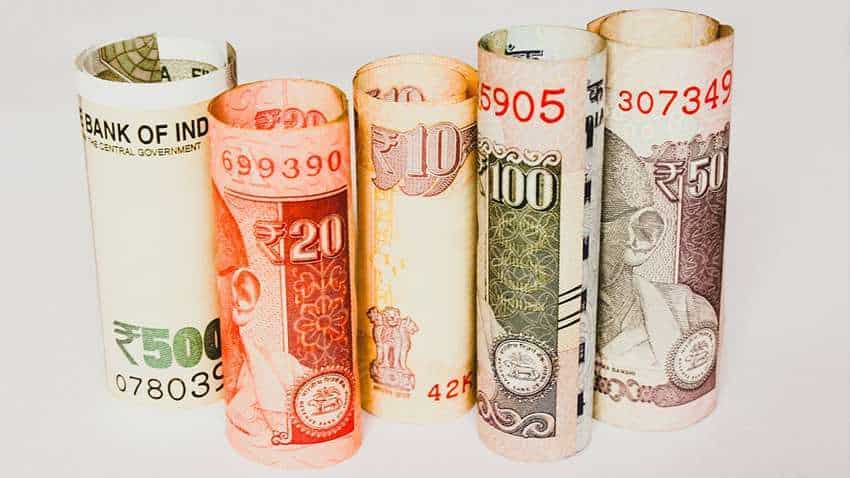 The SBI Ecowrap research report from the State Bank of India’s Economic Research Department in its latest edition has asked - Time for RBI to lean with the wind in the foreign exchange market? The report has been authored by Dr. Soumya Kanti Ghosh, Group Chief Economic Adviser, State Bank of India. Here are highlights from the report:-

- Surplus liquidity as given by outstanding Net LAF stands at Rs. 5276 billion as on 22 Nov, with average surplus being Rs. 4150 billion so far in the current fiscal. One factor which is increasing market liquidity is RBI’s dollar purchases to prevent further appreciation of Rupee. India is classified under the ‘managed float’ exchange rate regime of the IMF.

- The Reserve Bank intervenes in the foreign exchange market to contain excessive volatility as and when necessary and to manage the liquidity conditions. This effectively makes RBI’s job hard as it is always “leaning against the wind”. In FY09 when Rupee was continuously depreciating RBI made $34.92 billion net sale to support Rupee. Compared to this, in the current fiscal till Sep’20, RBI has made net dollar purchase of $43.6 billion.

- In the current fiscal RBI has already accumulated $93 billion in forex reserves so far. Past data indicates it was only in FY08 that RBI had accumulated forex reserves more than this amount. In FY08, forex reserves increased from $200 billion to $309 billion, an accretion of $110 billion. In the current environment of liquidity surplus should RBI continue its intervention in the market and prevent rupee’s appreciation or should it allow the rupee to appreciate?

- We believe there are potentially two problems if we continue to add to our forex kitty and hence liquidity – First, the peculiar conundrum when bank loan rates are lower than equivalent rated bonds, e.g. 15 year old spread at a negative 60-70 basis points. Such type of irrational pricing, because of abundant liquidity, can impact banking sector profits and initiate asset liability mismatch, if the spread is more prevalent for lower rated borrowers, a sure recipe for financial instability in the future. However, it is also true that high rated corporates float bid for getting competitive pricing of their long term or short-term loan requirements and various banks participate in the same.

- Second, we believe inflation is unlikely to come down in a hurry in current fiscal and it might be only in March that it could get below 5%. A higher inflation per se is consistent with almost negligible consumption of services currently and thus a statistical artefact in computation of headline CPI. Unfortunately, CSO is working with a broken CPI methodology and that is distorting inflation numbers to the higher side. Our question is can the RBI justify such a sizable liquidity with a higher inflation by clearly enunciating about the so called methodology where food has a disproportionately higher weight? In fact, it was only a few weeks before the revised CPI(IW) was launched with much lower weightage of food. Thus, naturally, the CSO basket demands revision and also a shift to Pasche Index, whereby weights keep on changing as is the norm globally!

- The situation is going to get tough. Looking at the global scenario, dollar is expected to remain weak due to fragile US economic conditions. Also data from 1968 shows that dollar index has performed well under the Republican regime vis-à-vis Democratic regime and thus US election results have led to significantly improved capital inflows in emerging markets including India. India has already witnessed record inflows of $18 billion so far this fiscal. Interestingly, in the merchant market (in both spot and forward segment) there was an excess supply of $40 billion during Apr’20- Sep’20 (till 18th). However in the interbank market the trend is quite opposite and there has been excess demand of $27 billion in the same period and this must have increased significantly by now.

- Overall, merchant dollar supply is far higher than demand as they anticipate a stronger rupee and hence may be holding to long position in dollars, without even adequate hedging. This is being balanced by excess dollar demand in interbank market, but the net effect is a large supply of dollars.

- Thus, and also given higher domestic inflation, it would do no harm for RBI to lean with the wind and let rupee appreciate which would reduce imported inflation when metal prices are rising, and clear the liquidity overhang to some extent. In fact, the large supply of dollars will ensure that rupee will not appreciate significantly from the current levels and this could potentially play to the advantage of RBI even if it takes a hands off approach to rupee appreciation for the time being!