SBI ATM charges: ATM charges for State Bank of India (SBI) may change soon as the RBI on June 11 constituted a six-member committee to review the ATM interchange fee structure. 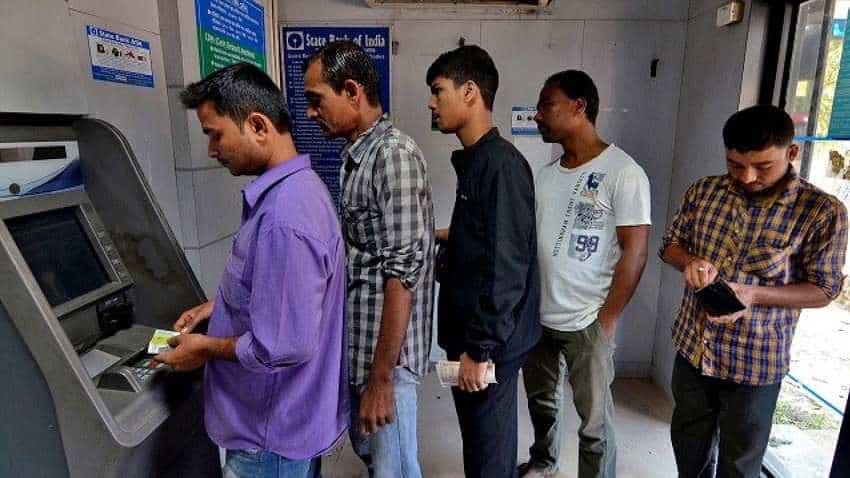 SBI ATM charges: ATM charges for State Bank of India (SBI) may change soon as the RBI on June 11 constituted a six-member committee to review the ATM interchange fee structure. The Automated Teller Machines (ATMs) are used in every part of the country and the growing cashless culture has given a huge boost to plastic money, however, sometimes it becomes a necessity to withdraw cash from ATMs. Country's largest lender, State Bank of India (SBI) at present offers eight free transactions to regular savings bank account holders, with five transactions at SBI ATMs and three at non SBI bank ATMs. In areas other than metros, the savings account holders get 10 free transactions, with five at SBI ATMs and five at others.

At present, there are about 2 lakh ATMs in the country, while at end-April, there were about 88.47 crore debit cards and 4.8 crore credit cards. According to the latest data by RBI around 80.9 crore transactions were done through debit cards on ATMs during April. The RBI has decided to set up the committee to review the growing demands to alter the ATM structure and fee. This fee structure includes the charges or fees paid by you for using your ATM card at the ATMs of banks other than the issuing bank.

RBI on June 11 said in a press statement, "Usage of Automated Teller Machines (ATMs) by the public has been growing significantly. There have, however, been persistent demands to change the ATM charges and fees. In order to address these, it has been decided to set up a Committee involving all stakeholders, under the chairmanship of the Chief Executive Officer, Indian Banks’ Association (IBA), to examine the entire gamut of ATM charges and fees.''

It is important to note that all major banks allow a certain number of free transactions at their own ATMs every month but there is a certain limit for transactions at ATMs of other banks. If the transactions go beyond the given limit, the banks are allowed to charge a fixed fee, depending upon the bank to bank policies.