Sachin Bansal, Binny Bansal turn India's newest billionaires, but there is a big disappointment in store 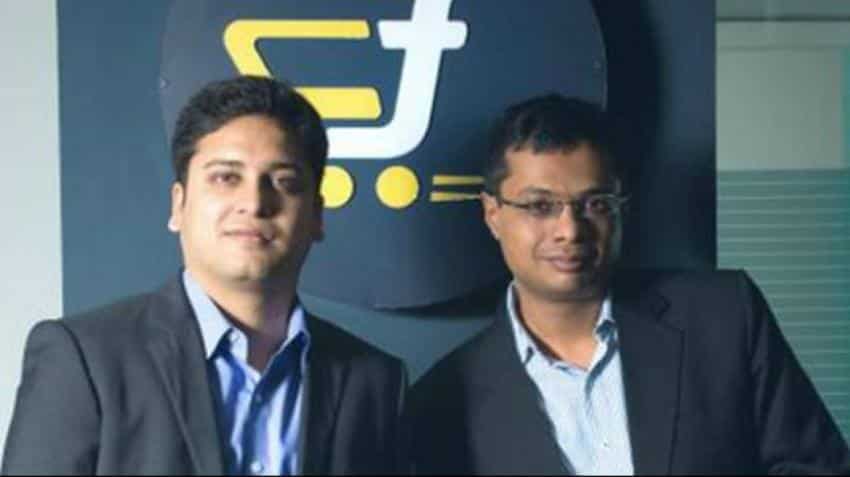 Walmart has been feeling the pinch due to popularity of Amazon.com in the US, hurting its growth and revenue. Image source: PTI
Written By: ZeeBiz WebTeam
RELATED NEWS

Walmart just bought India's largest e-commerce firm Flipkart for a consideration of about $16 billion and the deal values the Indian e-retailer at around $21 billion. This is notably, the biggest e-commerce deal in the world. It entails the buying out of the stakes of many investors that includes Softbank group, the largest shareholder as well as co-founders Sachin Bansal and Binny Bansal. No, they are not related. Each Indian has a small stake in Flipkart, but it is large enough to turn them into instant billionaires even though it will be at the cost of their shareholding, says Bloomberg. Walmart, the US mega retailer has bought some 77 per cent stake in the company.

Both Sachin Bansal and Binny Bansal owned about 5 per cent of the company they co-founded. But post-sale Sachin Bansal will cut all links to the company, while Binny Bansal will not only be retained, he will also keep a part of his shareholding. This small stake in the company however, is big enough to turn both the men into billionaires! While that is a big deal, the fact is that they were billionaires once before, but as the company's fortunes (valuation) of the company fell, they ceased to be part of that exclusive billionaires club. Not bad for a company that was started as an online bookstore not so long ago in 2007.

However, even this time, their stay in the club will be shortlived. The reason is that the government will most probably, experts are saying, slap a capital gains tax as high as 20 per cent on the duo, thereby eating a large chunk of their wealth!

However, this would not be too much of a worry. Notably, Flikart was valued as low as $12 billion a year ago. Today, the Walmart deal has valued it at $21 billion, that in itself will keep them laughing all the way to the bank. The valuation of Flipkart is high as Walmart was willing to pay a premium to power its bid to enter India with a bang and take the battle to bitter rival, Jeff Bezos led Amazon. The battle was till now restricted to US, but now it has entered Indian shores too. Walmart has been feeling the pinch due to popularity of Amazon.com in the US, hurting its growth and revenue. Now, it has sent a shot across the bow of Amazon, signalling its intent to fight it out on an equal footing, not in the US, but in India.

While the co-founders are presumably happy, what exactly does the deal mean for the Indian consumers? Well, first of all it signals a price war and probably the return of massive discounts on Flipkart as well as Amazon as both vie for the huge Indian consumers' pie. The action has just begun.