The much-awaited multilingual released, Saaho, starring Prabhas and Shraddha Kapoor in the lead roles, hits the big screens on Friday, (today). Though the film has received mixed reviews from critics, it may do well on its opening day. 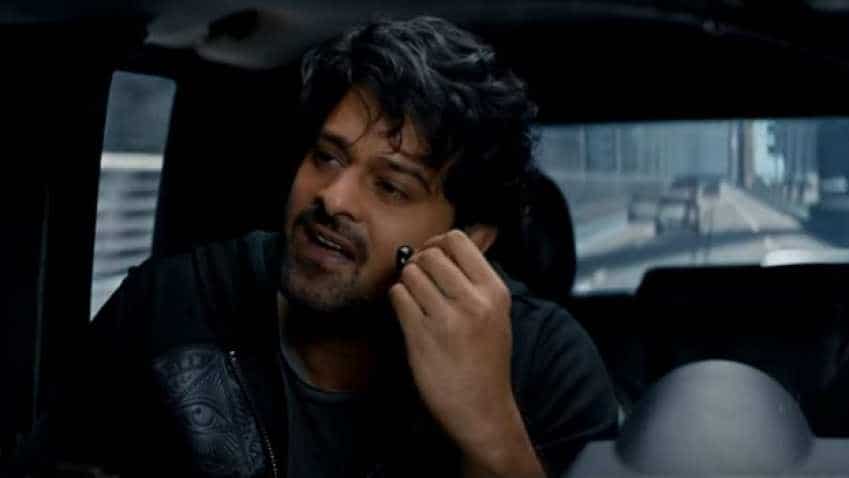 The much-awaited multilingual released, Saaho, starring Prabhas and Shraddha Kapoor in the lead roles, hits the big screens on Friday, (today). Though the film has received mixed reviews from critics, it may do well on its opening day. Saaho suffered a major loss due to cancellations of few early morning shows in some parts of the country. Film Trade analyst, critic and influencer Sumit Kadel tweeted that Saaho is facing a major 2K content issue across India which could negatively impact its release. He added that a lot of exhibitors are actually worried over this development.

''Saaho will earn around Rs  18 to Rs 20 crore on the release day, working well on its estimations. The movie has a confusing story and the screenplay and action look mediocre for such a huge budget movie. Overall still it has had a bumper opening and will be able to collect on the lines of estimations,'' Sumit Kadel said.

Saaho is an action drama with Prabhas and Shraddha Kapoor in lead. It was released in three languages - Hindi, Telugu, and Tamil. In Telugu, it has been released in IMAX format, besides the regular 2D format. The IMAX version of Saaho will open not only in India but across the globe. The film will be digitally re-mastered in the immersive IMAX format for all markets.

Directed by Sujeeth, produced by UV Creations and T-Series, the film has reportedly been shot simultaneously in Hindi, Tamil, and Telugu and produced with a budget of Rs 350 crore.

Saaho is expected to do well on the box office as Prabhas had previously played the lead role in SS Rajamouli's magnum opus Baahubali, which shattered almost every box office collection record in India. So far, the critics have shown a mixed response on the film's content.

In another tweet, Kadel explained that the 2K prints of the film have reportedly not reached the theatre owners as of now, and if they don't get there in time, there would be no other option but to cancel the shows. He added that a major problem for the film is that most theatres have installed 2K screens.

Film Analyst and Critic, Taran Adarsh, also responded on the content and said, ''#OneWordReview... #Saaho: UNBEARABLE. Rating; 1 and a half. A colossal waste of talent, big money, and opportunity... Weak story, confusing screenplay, and amateur direction.''