Farmers in Andhra Pradesh will get annual financial support of Rs 12,500 each as the new YSR Congress Party (YSRCP) government in the state has decided to implement the "Rythu Bharosa" scheme from October. 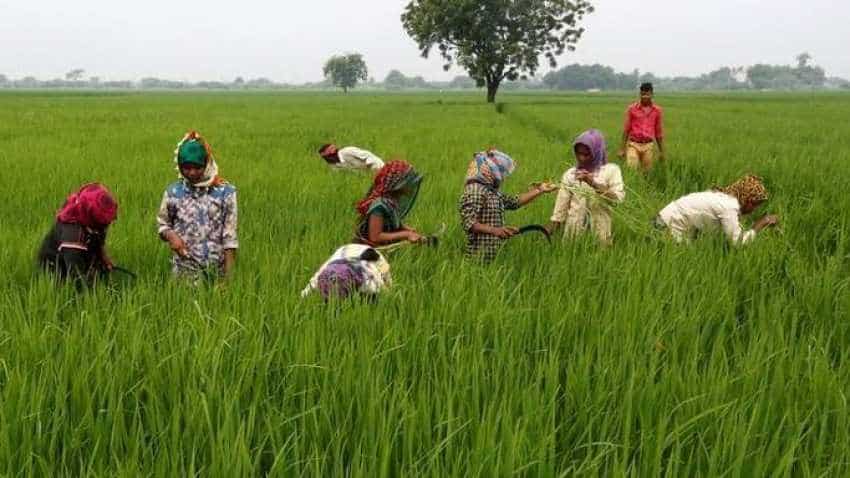 Farmers in Andhra Pradesh will get annual financial support of Rs 12,500 each as the new YSR Congress Party (YSRCP) government in the state has decided to implement the "Rythu Bharosa" scheme from October. Reuters

Farmers in Andhra Pradesh will get annual financial support of Rs 12,500 each as the new YSR Congress Party (YSRCP) government in the state has decided to implement the "Rythu Bharosa" scheme from October. Chief Minister Y.S. Jagan Mohan Reddy said on Thursday that the scheme, which would come into effect from October 15, will cost the state exchequer Rs 13,125 crore. Jagan, as the Chief Minister is popularly known, took the decision at a review meeting on agriculture with top officials.

He said though the scheme was supposed to come into force from May next year, he has decided to implement it from October 15 this year. Tenant farmers will also get the benefit under the scheme. The cash as seed capital ahead of the sowing season will be transferred directly into their bank accounts. Jagan also announced the scrapping of the previous Telugu Desam Party (TDP) government`s scheme "Annadata Sukhibhavaa", which promised to provide Rs 10,000 to every farmer annually.

"Rythu Bharosa" was one of the nine major welfare schemes promised by the YSR Congress Party under its "Navarathnalu" programme. Jagan, who led YSRCP to power with a landslide victory in the recently-held Assembly elections, also declared that the government will provide free crop insurance to all the farmers. The government will pay full premium for the insurance scheme.

Jagan noted that farmers were in distress ever since the death of his father and former Chief Minister Y.S. Rajasekhara Reddy in 2009. Stating that the farmers will be the priority for his government, Jagan said the government was of no use if it failed to take care of the farmers.  The Chief Minister also assured the farmers that the government will take all steps to ensure minimum support price (MSP) for their produce. He said that Rs 3,000 crore will be allocated in the state budget towards the Market Stabilisation Fund to check market price fluctuations.

Jagan also announced the formation of an Agriculture Commission to bring reforms in the farm sector. The Commission will comprise experts from the agriculture sector. He also directed the officials to set up a Calamity Fund with Rs 2,000 crore. Taking a serious note of spurious seeds, Jagan said that strong action would be taken against those indulging in the sale of spurious seeds to the farmers. He said those resorting to such activity should be sent to jail.

When the officials suggested the need for a legislation, Jagan said a bill will be passed in the Assembly to this effect if necessary. Jagan also asked the officials to ensure that farmers were provided seeds, fertilisers and other requirements through village secretariats, which will come into force from October 2.