Rupee Preview: As April throws established beliefs in dustbin, what exporters should do 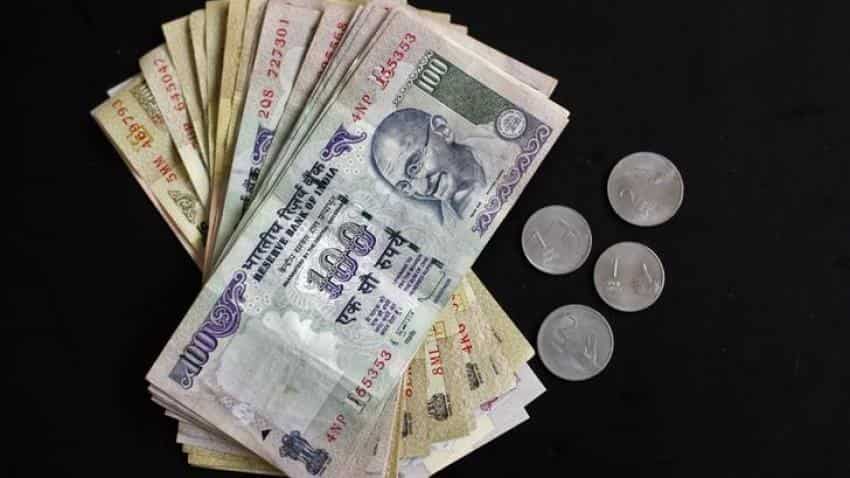 The month of April has thrown a lot of established beliefs into the dustbin as it has brought back the fear of volatility in currency markets into focus. In fact, this is counter-intuitive because the US leadership has extended an olive branch to recalcitrant North Korea leadership.

News reports suggest that there is a real possibility of US President having a summit meeting with the North Korean leader. On the other side, we also witnessed sense coming back into counterproductive trade sanctions between the US and China.

Meanwhile, a disciplined adherence to production cuts by both OPEC and non-OPEC countries backed by surging demand from Asia and falling reserve levels in the US, has pushed global crude oil prices to multi-month highs.

If so much is happening, it’s now understandable that volatility would be back in the heat map and each of us needs to be wary of too much volatility. Talking about the dollar alone, the index had started moving higher in the previous few sessions for the positivity that it has encountered due to factors cited above.

The last FOMC minutes and dot chart suggest status quo ante as far as the US interest rate is concerned. More and more people are now veering towards a possibility of three more rate hikes in 2018 CY alone. A cursory glance at the prevailing the US benchmark yields does provide a solid indication as to the expectation. For example, the 10-year benchmark UST has now pushed past 3% mark, rallying almost 30 bps in the month of April itself. The dollar index also is pushing higher after weeks of consolidation. This is a heady combination and if things remain as they are, I would put money behind further dollar strength going forward. This means that Europe’s common currency, euro should come under pressure a bit.

When I looked at the daily chart for euro, I had noticed that euro has moved below “Ichimoku cloud” on the daily charts. To make things easier to understand and to put things in perspective, my expectation is that, euro could move towards 200 SMA magnet at 1.2008 against the dollar. We have to keep in mind that, technically the near-term resistance lies at 1.2239 (cloud base) and 1.2217 (100 DMA). Hence, I clearly see an opportunity to “sell” on any rallies as far as euro is concerned.

In India, dollar-rupee currency pair has faced heavy headwinds recently. After remaining calm for the most part of March and the first fortnight of April, rupee suddenly has depreciated 3.14% in just 11 trading sessions. This has not only jolted exporters who have taken earlier hedges but also importers who were watching dollar-rupee pair move in a narrow band for a prolonged period of time. Why has this happened? There are many theories.

However, what makes sense to me is that India’s import demand is picking up on the back of higher global crude prices pushing up the trade deficit (for example March trade deficit stood at $13.7 billion as against February figure of $12.00 odd billion) while exports remain steady.

The fact that “LOU” was stopped some time back and the alternative to this instrument is still not in place also has brought the demand back in the spot market. More than this, the volatility in the rupee benchmark yields despite low inflation readings has been rattling bond investors, both locally and globally.  The fact that the minutes of last MPC (Monetary Policy Committee) had more hawkish undertones may be one of the most important reasons for surging yields in Indian benchmark papers. We also can add some political colour to all this ahead of Karnataka Assembly elections. I think this heady combination of factors backed by a surging dollar could not have been avoided.

However, the worst might be over, in my view after this sharp depreciation better sense would prevail as Indian central bank smoothens the tangent of depreciation. Hence, I see an opportunity for exporters here and they should look at taking advantage of this sudden depreciation in rupee. Going forward, I am looking for a 66.3000-67.0000 to persist.