Rupee outlook: Indian currency may crash to 70 vs US dollar; here is why

While Brent crude prices have risen 14% year to date, rupee has depreciated over 7% 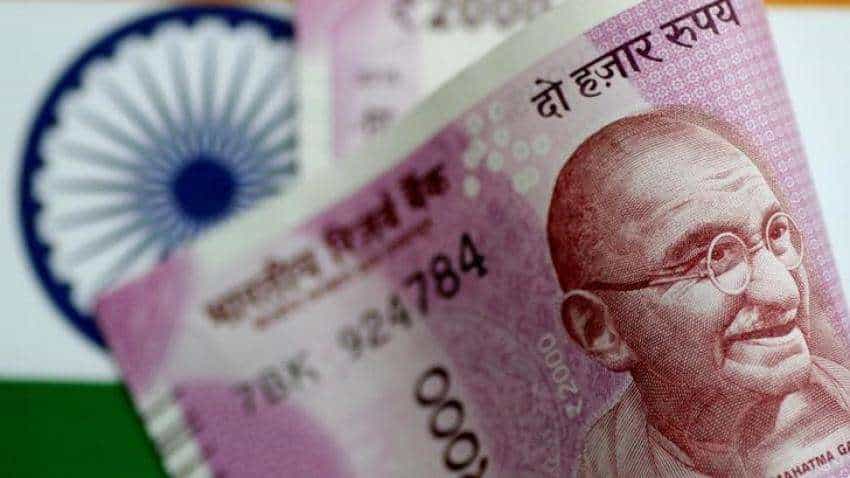 Rupee too has come under pressure, though India being a net importing country, it should manage to avoid major negative impact on its economy. Image source: Reuters
Written By: ZeeBiz WebTeam
RELATED NEWS

US trade protectionism is the new normal and will continue to be so in the near future with Trump threatening the world with trade sanctions. While China has been the biggest victim, even countries like Japan, Mexico, Canada and EU have fallen prey to the trade war. All the major trading partners of US have reacted by threatening to retaliate by imposing counter tariffs on US.

Rupee too has come under pressure, though India being a net importing country, it should manage to avoid major negative impact on its economy.

It will still feel the pinch, the extent of which remains debatable, since, US tariffs on China can turn out to be a blessing in disguise for other emerging markets with US likely to look elsewhere to meet its import demands.

Fed has raised interest rates twice this year and is on track to raise it four times in total. As a result, the 10 year US treasury yield has moved up by 45 basis points over the last six months which has added to borrowing costs of Indian companies and also led to FII outflows in the debt segment. Political chaos in Italy and Spain will add to general global volatility in currencies, going ahead.

The major factor for rupee depreciation remains oil prices which have surged over the last three months. Brent crude prices have risen by 14% year to date and rupee has depreciated by more than 7% during the same period. This weekend, the Organization of the Petroleum Exporting Countries (Opec) along with non-Opec producers have agreed to increase the supply by about 1 million barrels per day (bpd) but in effect, industry experts are expecting a supply increase of not more than 0.7 million barrels per day (bpd) which is very modest, given the rising demand. Both WTI crude and Brent crude prices have hardened post the weekend meeting since expectations of closing the supply gap were higher among investors.

Domestically too, factors such as rising bad debt pile and recent banking frauds have added fuel to fire on the country’s economic outlook.

RBI has already raised its benchmark repo rate to 6.25% and may be forced into another rate hike in August or October, given that core CPI inflation in May stood at 6.17% had risen almost 100 bps in the last three months.

The Central Bank has cited this as a key risk and will be watching to see whether this number softens in the second half of the year, to change its hawkish stance.

With the Bloomberg-JPMorgan Asia Currency Index (ADXY) depreciating by only 1.8%, the 7% downfall in rupee clearly indicates its underperformance this year, in relation to the other emerging market currencies.

The upcoming state elections and the national elections in 2019 have seen political uncertainty being central to the FII outlook for India.

So far this year, FII’s have withdrawn $6.9 billion from the equity and debt markets combined. RBI has had to steadily intervened in the OTC and exchange-traded currency derivatives to stem rupee’s fall and forex reserves have fallen from a peak of $426 to $410 billion.