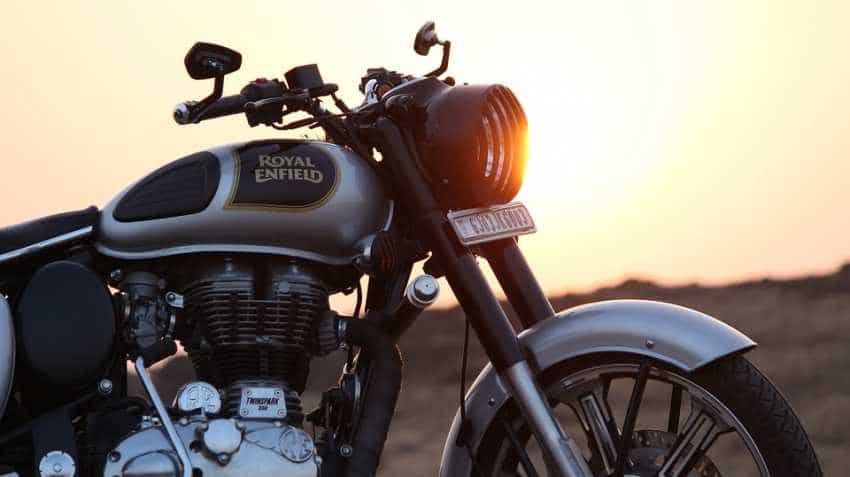 One of the country’s most loved bike makers Royal Enfield has started to give sleepless nights to investors in its parent Eicher Motors. The company today touched a new low of Rs 24,659.45 per piece, tumbling by overall 2% on BSE. However, Eicher Motors pared some losses, and was trading at Rs 24,805 per piece down by Rs 389.70 or 1.55%. This decline was due to some workers striking at  Royal Enfield's manufacturing facilities around Chennai for couple of days.

In a statement to BSE, Eicher said, “It is submitted that Eicher Motors Limited has always been deeply committed to maintaining respectful relationship with all employees and workmen. We believe that an engaged work force and cordial industrial relations create a culture of excellence where all workmen are proud of their contributions to the organisation.”

The company further added, “At Royal Enfield's manufacturing facilities around Chennai, while a majority of workmen are fully engaged in performing their roles, some of them did not report for work in the last couple of days, though they were present in the facility.”

“We are hopeful of arriving at a mutually beneficial solution soon without any significant loss in production,” said Eicher.

While the decline in Eicher stocks were due to strike today, but it needs to be noted that, the company has corrected by 13% in last 30 days signalling other problems revolving around its star brand Royal Enfield.

Ambit in its research report highlighted four reasons to why Eicher Motors is tumbling.

They are - firstly lower than expected offtake in 5MFY19 worsened by the floods in Kerala (10% of volumes), secondly dip in waiting period across cities and slight rise in dealer inventory, thirdly change in insurance norms mandating Rs 9,000 hike in upfront payment and lastly start of production cuts at Oragadam due to labour issues.

Earlier SBICap revealed that, our checks with Royal Enfield (RE) dealers in Maharashtra indicate a sharp 40- 50% slump in retail demand during Sep’18, despite the ongoing Ganpati festival.

Contrary to general perception, RE dealers in Maharashtra are carrying an inventory of 35-40 days.

Going ahead, SBICap further highlighted, our extensive channel checks suggest that cracks are emerging in Royal Enfield’s (RE) largest market - Uttar Pradesh (UP).

Bookings for RE in UP have collapsed by 20-25% YoY across dealerships over the last 3 months. Channel inventory is now 3-4 weeks.

Following this, SBICap said, “We believe the growth shock is consistent with our thesis of growing ‘brand fatigue’. Reiterate Sell.”

This does comes as a scaring point for investors in Eicher Motors. However, it needs to be remembered that, Eicher Motors remains to be a dominant player in 250cc+ motorcycle category in India. Its models (RE Classic 350 and Bullet 350) are still dominating the premium motorcycle markets in India without any meaningful competition.

Because of being dominant player, Karvy Stock Broking firm said, “However, in the recent months, its volume growth rate has come down. We would like to highlight that it’s the premium bikes market growth and not competition that is of concern to the Company.”

Mahesh Bendre, analysts at Karvy said, “We believe EIL is likely to continue to report a normalized high double digit volume growth going forward on account of a) premiumization trend in the country wherein customers are moving up the value chain from entry and executive bikes to premium motorcycles b) EIL’s thrust on Export markets and c) Slew of new model launches in India and Abroad by EIL.”

On the other hand, analysts at Ambit said, “We met RE dealers from 12 cities in 9 states to gauge demand and Eicher’s business dynamics. They reported 8-10% SSG in general for most cities and rise in inventory to 10-5 units and 5-10 days of sales from nil. We remain BUYers with an unchanged DCF-based target price of Rs 33,507 (26xFY20e P/E), including Rs 2,337 for VECV.”