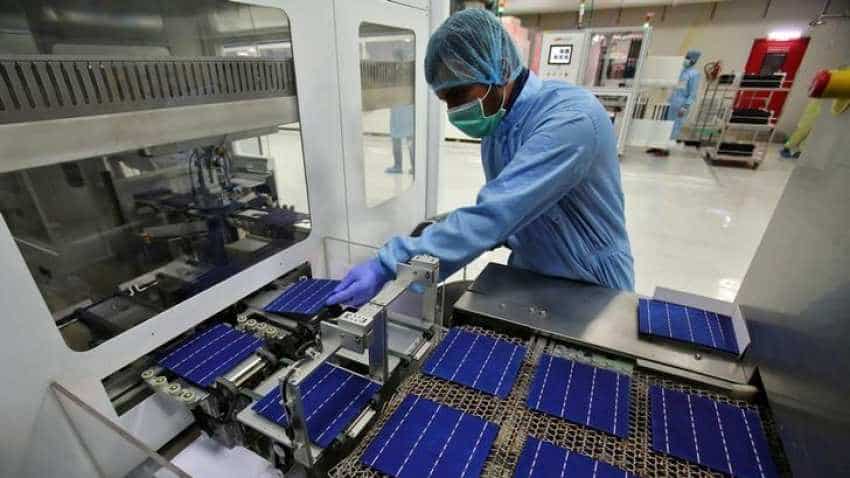 Out of 100 GW solar capacity target, 40 GW is likely to be achieved by installation of rooftop solar projects. Representational Image, source: Reuters

India needs faster implementation of roof-top solar projects to meet the 175 gigawatts of renewable energy target by 2022, a report has said. The country has set an ambitious target of installing 175 GW of renewable energy capacity by the year 2022, which includes 100 GW from solar, 60 GW from wind, 10 GW from bio-power and 5 GW from small hydro-power.

Out of 100 GW solar capacity target, 40 GW is likely to be achieved by installation of rooftop solar projects. "Rooftop solar is the fastest growing renewable energy sub-sector in India but installations must rapidly accelerate if the nation is to meet its ambitious renewable energy target by 2022," according to 'Vast Indian Potential of Rooftop Solar' released by the Institute for Energy Economics and Financial Analysis (IEEFA).

"Despite this strong growth, India has achieved only 10 per cent of its 40 GW rooftop solar target. This is well below the run-rate anticipated by government. To achieve the 2022 target, India will have to greatly accelerate the pace of new solar rooftop installations," Garg said.

According to IEEFA estimates, for the next three years, solar rooftop installation will grow at a compound annual growth rate (CAGR) of 50 per cent, suggesting a cumulative 13 GW of installed capacity by FY 2021-22.

Tim Buckley, co-author of the note and IEEFA's director of energy finance studies, has suggested steps to increase installations.

"There has been significant investment in preparing the regulatory framework, upskilling the workforce for small scale deployments, and in educating the market. However, regulatory uncertainty is slowing the pace of rooftop solar installations. Policy certainty and more financial subsidies would also incentive the market..." Buckley said

At the moment, Garg said, around 70 per cent of the market growth in the solar rooftop market is driven by commercial and industrial consumers.

Residential consumers and state governments are lagging behind. The government's recent 20-40 per cent financial subsidy for new residential rooftop solar installations should accelerate the pace at the local level, Garg added.

Earlier, a survey revealed that several power-consuming small and medium enterprises (SMEs) in India are hesitant to install rooftop solar panels due to perceived performance risks.

The survey, titled 'Scaling Up Rooftop Solar in SME Sector in India' conducted by global consultancy giant Deloitte across 150 MSMEs in six industrial clusters, said "the level of awareness about rooftop solar was quite low among the sample surveyed, many high-power consuming SMEs were hesitant to install rooftop solar because of the perceived performance risks".