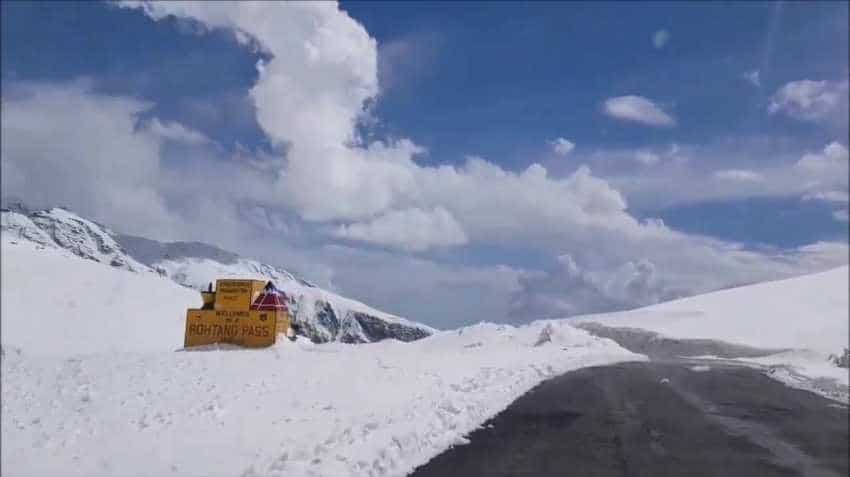 With the opening of the pass, the tribals of Lahaul have breathed a sigh of relief as the untimely shutdown of the pass had stopped the pace of their life. Image Source: YouTube

The Border Roads Organisation (BRO) has begun clearing snow from the road across Rohtang Pass after some Lahaul villagers tried to use an under-construction tunnel as an alternative route earlier this week.

The pass was closed for the fourth time this year after heavy snowfall on November 12, Manali based Commander 38 BRTF, Colonel A K Awasthi said. With the opening of the pass, the tribals of Lahaul have breathed a sigh of relief as the untimely shutdown of the pass had stopped the pace of their life.

Looking joyous at the opening, a Keylong resident, Dolma said "Now at least we can begin our annual winter stocking of ration and wood'. Col Awasthi said "We have already opened the pass four times due to early snowfall and onslaught of winter this year."

As the Rohtang Pass was closed after heavy snowfall, about 60 villagers heading towards Manali entered the under-construction Rohtang Tunnel "forcibly" on Monday and some of them fell unconscious in the middle due to lack of oxygen, officials said.

Subsequently, the state government took up the matter with the BRO for clearing the snow to open the Pass for Lahaul residents so that they can stock ration and other material before closure of the Pass for several months during winter.