The UN trade report said the prospects for FDI inflows into South Asia are largely determined by expectations of growing investment into India. 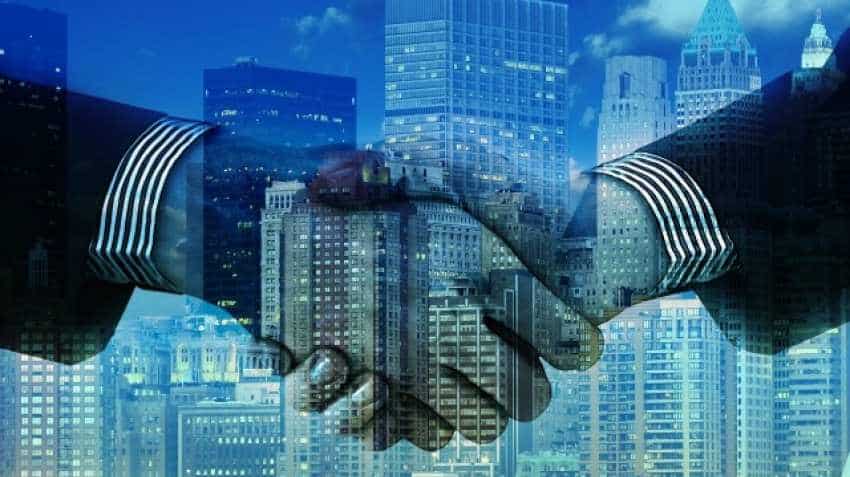 FDI inflows in developing countries in Asia registered a rise of 3.9 per cent to USD 512 billion during the last calender, the report said. Representational Image, source: Pixabay

India received foreign direct investments worth USD 42 billion in 2018, helped by robust inflows in manufacturing, communication and financial services, a United Nations trade report said Wednesday. In South Asia, FDI inflows increased by 3.5 per cent to USD 54 billion, said the United Nations Conference on Trade and Development (UNCTAD) World Investment Report 2019. So, India attracted over 77 per cent of the total foreign direct investments that came to the South Asian region.

"Investment in India -the subregion's largest recipient - rose by 6 per cent to USD 42 billion with strong inflows in manufacturing, communication, financial services and cross-border merger and acquisition activities," said the report.

The UN trade report said the prospects for FDI inflows into South Asia are largely determined by expectations of growing investment into India.

In India, the growth in cross-border merger and acquisitions (M&As) grew to USD 33 billion in 2018 from USD 23 billion a year ago, primarily due to transactions in retail trade (USD 16 billion), which includes e-commerce and telecommunication (USD 13 billion).

The acquisition of India's biggest e-commerce platform Flipkart by Walmart was a notable mega-deal, along with the telecommunications deals by Vodafone of the UK and American Tower (US) amounting to USD 2 billion.

Among others in the South Asian region, FDI flows to Bangladesh and Sri Lanka rose to a record level, to USD 3.6 billion and USD 1.6 billion, respectively, while Pakistan witnessed a 27 per cent decline in investment to USD 2.4 billion.

FDI inflows in developing countries in Asia registered a rise of 3.9 per cent to USD 512 billion during the last calender, the report said.

The report also highlighted that of the 5,400 special economic zones (SEZs) in the world, more than 4,000 are in developing countries in Asia.

China's continued policy experiment in large-area zones, investment facilitation measures and relaxation of foreign ownership in sectors such as finance and healthcare in pilot free trade zones are expected to draw future investments, the report said.

"India, the Republic of Korea, the Philippines, and Turkey are focusing on information and technology zones, while West Asia favours services and most of South-East Asia seeks to attract different types of manufacturing."

"The number of SEZs in South Asia is set to increase substantially in the coming years. India has over 200 new zones in the pipeline, although growth may lose momentum now that permits for a substantial number of zones have been retracted."

In Bangladesh, a further 60 SEZs are in the approval process. Pakistan is planning another 39 SEZs, in addition to its existing seven. Nepal, which has two zones, one of which is under construction, has plans to create 12 more, the report said.